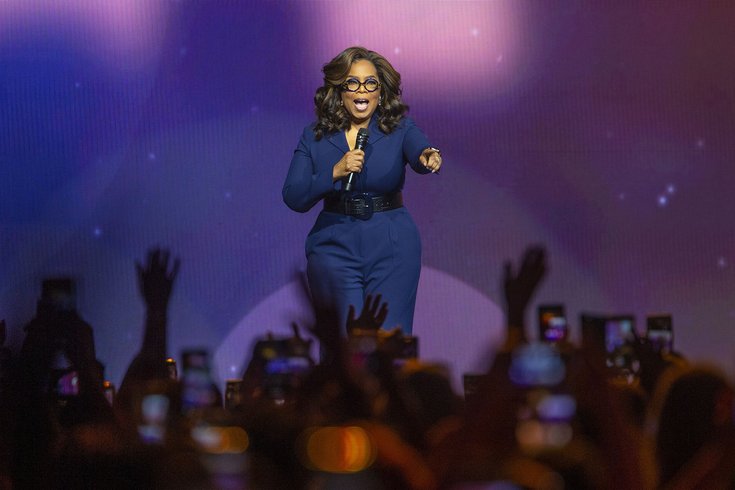 Oprah Winfrey, seen here at the Spectrum Center in Charlotte, N.C., is donating $5 million to Pathways to College, a New Jersey-based nonprofit that provides after-school programs to students seeking to attend college.

The Oprah Winfrey Charitable Foundation is donating $5 million to a New Jersey-based nonprofit that offers nationwide after-school programs and support to kids wanting to attend college.

Pathways for College announced the donation with a little help from the beloved talk show host during a fundraiser luncheon provided by the Turrell Fund on Thursday. Though Winfrey was unable to attend the event, she sent a video message in support of the organization's hard work.

"I wish I could be there to celebrate and honor Judith Griffin's work and all of your work in securing futures for young people who want to go to college," Oprah said in a video message later posted by NJ.com. "I am proud to sponsor and support all of these young people and their dreams for a better life through education."

On top of the donation, the Oprah's foundation also will match up to $2 million in contributions over the next two years.

Griffin, the founder of Pathways to College, is no stranger to Winfrey.

The two met nearly 20 years ago when Griffin served as the national president of A Better Chance, a nonprofit that sends students of color to college preparatory schools, NJ.com reports. During her time at ABC, Griffin started Pathways to College, which eventually launched as an independent nonprofit in 2003.

The program provides support and life skills training to kids preparing for college and future careers.

Historically, every program graduate has been accepted into one college, with 90% matriculating, according to the nonprofit. It has served more than 4,000 students. About 68% are either currently in college or have already graduated, according to NJ.com.