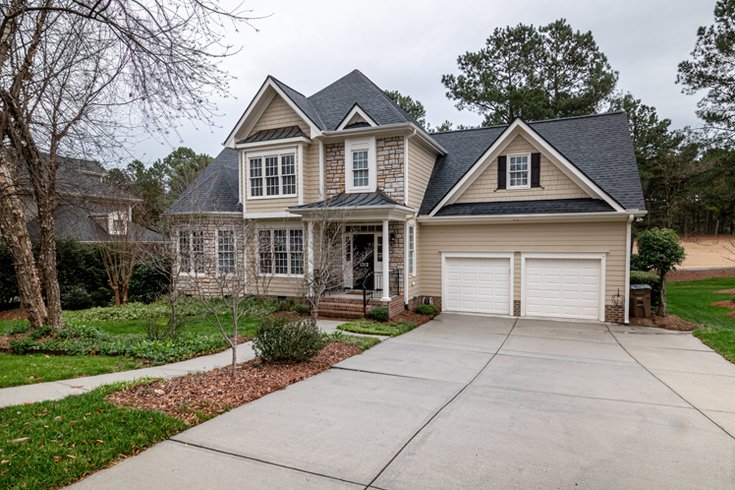 Pandemic policies have undoubtedly shaped the way the U.S. housing market has functioned throughout the health crisis, which has had countless ripple effects across different industries and walks of life.

In the housing market, the most obvious headlines of the pandemic have been the soaring sale prices, bitter competition, vacation home boom and limited inventory of starter homes.

Less often discussed is the impact of the federal government’s mortgage forbearance program, which has allowed homeowners to pause payments during the crisis. At its peak, more than 7.2 million homeowners were in the program, but the nation’s economic recovery helped give most of them the breathing room to organize a plan, whether it meant modifying a loan, selling to take advantage of the market or waiting out the storm for as long as possible.

At the beginning of October, the Biden administration has signaled strongly that it will let the program lapse after several extensions were made. And that’s a big deal for the roughly 1.7 million borrowers who remain enrolled.

Many of these homeowners, depending on their circumstances, may ultimately be forced or opt to sell their property while they still believe they can get an above-market deal. If short supply is one of the main drivers of the 17.2% increase in median home prices over the last year, then this influx of homes could have a noticeable impact, even if only modest, according to Fortune.

“In a nation of more than 80 million homeowners, 1.7 million might not sound like a lot—until you consider there are just over 600,000 homes for sale right now on realtor.com. In fact, this year housing inventory hit a 40-year low. So, if even a small percentage of these 1.7 million struggling borrowers opt to sell—rather than returning to their monthly payments—it could cause a shock in the housing market.”

During the recent summer months, U.S. housing inventory already has climbed in small increments and a mild cooling effect has been seen across the market. Those who have been holding out for more normalcy and who aren’t willing to pay a premium for a home right now may be aided by an anticipated increase in homes that become available due to the end of mortgage forbearance.

It’s a difficult calculation to make for many aspiring homeowners who see today’s low interest rates as a golden opportunity, despite the high home prices and slim pickings. Trying to gauge when interest rates will climb again and measuring that effect against the expected price drops when that happens is a hard needle to thread.

But while the end of the federal forbearance program could herald some shifts in these market dynamics, most experts are not sounding the alarm about a bubble or a crash similar to the one that accompanied the 2008 recession.

In other story at Fortune, Ali Wolf evaluates the conditions that define a bubble and finds the most important ones lacking in today’s market:

“Historically, a gut check of a housing bubble is the home-price-to-income ratio. While home prices appear high compared with incomes, this does not account for interest rates. When we look at the home-payment-to-income ratio, an important measure of affordability, levels are below last cycle, showing the power of cheap financing.”

“Further, safety measures have been put in place since the Great Recession to help prevent a similar housing collapse. Mortgage credit availability is starkly tighter than in the mid-2000s and the often more risky adjustable rate mortgages represent less than 5% of total purchase and refinanced loans compared with over 35% at the peak of the last cycle.”

Wolf cautions that a rise in interest rates is a real possibility in the next year — and that this would represent the biggest risk to the housing market. The key difference is that the change in prices brought about such a development would not likely be on a scale that could precipitate a crash.

It may well be that the U.S. housing market begins to see smaller shocks in the next year or so as certain variables that have enabled the current extended run begin to reconfigure.

The good news for those who will see the forbearance program end next month is that lenders will have important guidelines to follow, and a sharp rise in foreclosures does not appear to be imminent or likely.