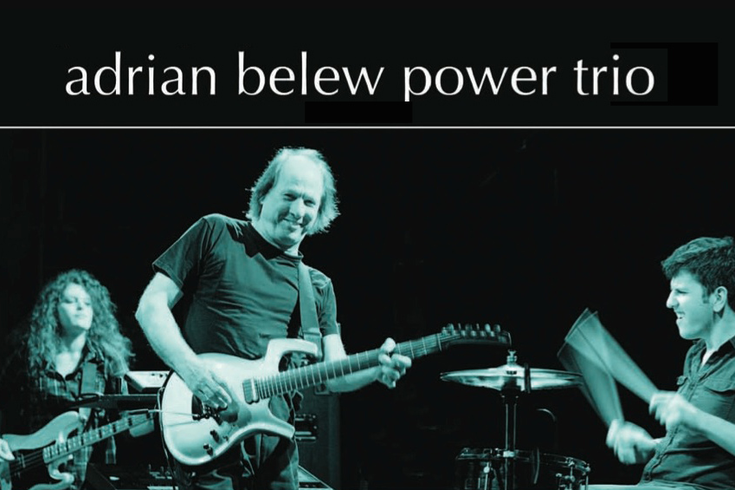 Composing music was hardly a new experience for the 67-year-old axe-slinger who has released more than 20 solo albums.

You’d probably never think guitar hero Adrian Belew and the legendary film auteur Orson Welles had anything in common, but they do: the first film each was ever involved with garnered Oscar nominations.

Welles, of course, was the 25-year-old wunderkind who co-wrote, directed and starred in “Citizen Kane,” the 76-year-old masterpiece still considered by many as the greatest movie of all time. And Belew, the veteran axeman who has worked with the likes of Frank Zappa, Paul Simon, Talking Heads, prog-rock gods King Crimson and, most notably, David Bowie, composed the score for “Piper,” Pixar’s entry in this year’s Best Animated Short competition. 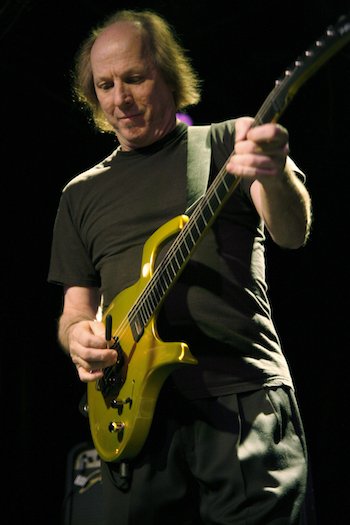 Belew, who brings his Adrian Belew’s Power Trio tour to a sold-out Sellersville Theatre March 1, came to the gig through a quirk of fate.

“It’s a really weird thing,” he offered during a recent phone call.

“We run an online store—AdrianBelew.net--where we sell our T-shirts and CDs, and sometimes I see those envelopes and CDs going out in the mail.

“I just happened to see one of them one day, and it said ‘Andrew Stanton’ from Emeryville, Calif. [Pixar’s home base],” he said of one of the film company’s top executives.

“I’m a big Pixar fan, and I couldn’t imagine there was more than one [Andrew Stanton]. So, I contacted him through his email, and he said, ‘Hey, we’ve listened to your music all the time for 20 years.’

“The next time I went to the San Francisco area, they invited me over and showed me through Pixar, and that’s how it started.”

Composing music was hardly a new experience for the 67-year-old axe-slinger who has released more than 20 solo albums. But doing so for a movie was.

It was “very different,” he noted.

“It’s very much of a collaboration, especially in the world of animation. They wanted me there from the beginning writing everything in collaboration with [director Alan Barillaro]. So, it’s very different. And it’s a slow process—it took me three years just to make six minutes of film.”

According to Belew, “‘Piper’ is a film with no dialogue. It’s [about] a baby bird and its mother on the beach. So, the music has to really fulfill all the emotional notes. It’s very, very crucial.”

And, he added, something of a challenge.

“I actually started two different scores before finally the third one seemed to resonate with [Barillo]. But it took me a couple of tries to figure out exactly what the right things were [while] looking at a drawing. When you’re looking at that, it’s hard to know how it’s gonna look in the end.”

Given the success of “Piper,” it seems a forgone conclusion that Belew should expect a nonstop stream of film-scoring offers in the days ahead. But those doing the asking are advised they will be wasting their time.

“It won’t matter,” he proclaimed with a hearty chuckle.