Anchorage Tavern in Somers Point to be featured on 'Diners, Drive-Ins and Dives'

The Food Network will premiere the new episode Friday night at 9 p.m. 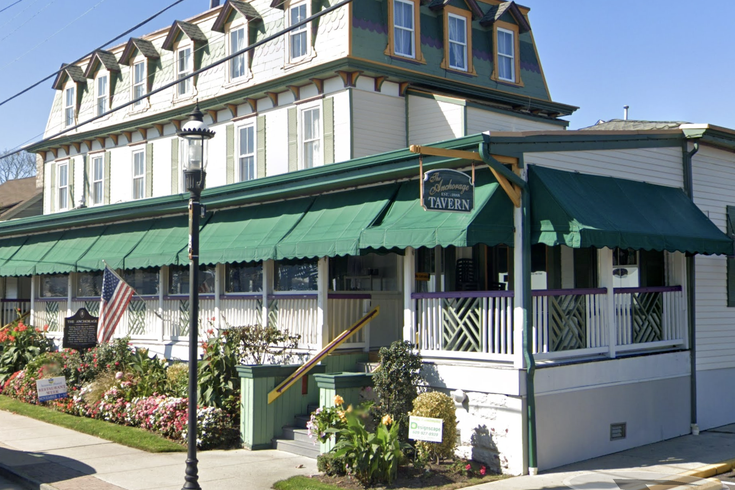 Fifteen years into the Food Network's "Diners, Drive-Ins and Dives," Guy Fieri has been double-dipping at some of his favorite spots in the Triple D Nation over the past few seasons.

On Friday night's episode, the celebrity restaurateur and chef will visit the Anchorage Tavern in Somers Point, just outside Ocean City. The show previously featured the South Jersey restaurant in 2015.

The description for Friday night's episode, "From Fried to Sides," is as follows:

This trip, Guy Fieri's throwin' everything in the fryer! His first stop is an O.G. Triple D in Knoxville, Tenn., where the pizza, onion rings and fried chicken come straight to your car. Then, crunchy crab cakes are gettin' all spiced up in Somers Point, N.J., and a popular pub in Blue Ash, Ohio, had to make more room for their crispy pig tails and humongous hot dogs.

The Anchorage Tavern, built in 1874, is the oldest, continuously operating business in the town of about 10,000 people. The empire-style building was among a number of local tavern-hotels where tourists came for fishing, bird hunting and food. The establishment survived through Prohibition as a hotel and Italian restaurant, becoming famous among revelers in the 1960s for serving seven beers for a dollar. Ocean City, just over the Ninth Street Bridge, is still considered a dry town.

The menu at Anchorage Tavern is highlighted by seafood offerings from baked lobster macaroni and cheese to fresh flounder, crab cakes, clams and Italian specialities.

Come out early for dinner, 12 hours to go for the LIVE Broadcast #ddd, then stay for LIVE Music, no cover! Join us or...

Posted by The World Famous Anchorage Tavern on Friday, August 19, 2022

Fieri featured Kelsey and Kim's Southern Cafe in Atlantic City in the first episode of the current season and this month will open Chicken Guy! at Harrah's Resort. His three other restaurants in Atlantic City are Guy's Sammich Joint at Harrah's, Guy's Bar-B-Que Joint at Caesars and Guy Fieri's Chophouse in Bally's.

The Triple D Nation episode featuring the Anchorage Tavern premieres at 9 p.m. on the Food Network.