Chicken Guy! will debut on Aug. 30 and is part of the chef's partnership with Caesars Entertainment 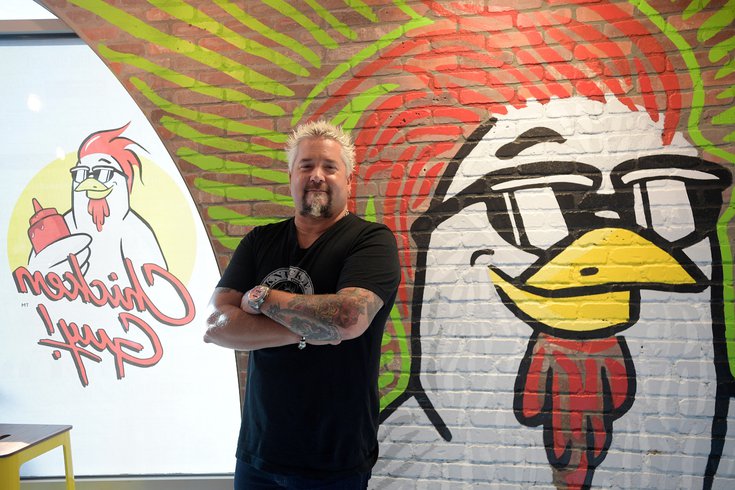 Celebrity chef Guy Fieri is set to open his fourth restaurant at the Jersey Shore later this month, where he will debut a Chicken Guy! at Harrah's Resort in Atlantic City.

The restaurant opens on Aug. 30 and is part of Fieri's partnership with Caesars Entertainment. His other places in Atlantic City include Guy's Sammich Joint at Harrah's, Guy's Bar-B-Que Joint at Caesars and Guy Fieri's Chophouse in Bally's – which was sold by Caesars in 2020.

Chicken Guy! features a variety of chicken tenders, sandwiches, sauces, sides and desserts hatched from the minds of Fieri and restauranteur Robert Earl.

"Everybody knows by now that I love AC and am always up for bringing my latest and greatest to the Jersey shore," Fieri said in a release. "Chicken Guy! is all about the best freakin' chicken tenders, sandwiches and shakes that you're gonna find anywhere and I'm stoked to bring it to Harrah's Resort."

Chicken Guy! at Harrah's will be located next to Pin-Up Pizza, across from The Pool. The restaurant's other locations include Pennsylvania, Maryland, Tennessee, Florida and California.

Fieri is no stranger to the restaurant business. After winning the second season of "The Next Food Network Star," he rose to fame with the show "Diners, Drive-Ins and Dives." He has hosted multiple other shows and written bestselling books, in addition to opening restaurants around the world.