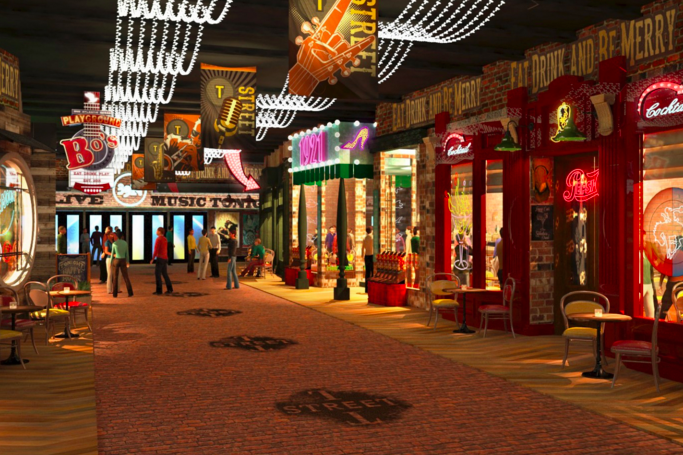 The Playground Pier in Atlantic City opened in June 2015.

It may be a few months before peak season starts in Atlantic City, but that didn't stop social media followers of The Playground Pier from spotting unusual activity on the entertainment venue's Facebook page over the past week.

Opened in the summer of 2015 as part of developer Bart Blatstein's $200 million Pier Renaissance revitalization, The Playground has been an evolving work in progress whose goals have shifted from live music to nightclubs, shopping and pop-up events.

This is probably not what Blatstein and his partners pictured popping up.

On January 16, an unusual message surfaced on The Playground's Facebook page. It referenced the theft of two pianos and offered a strange apology for the inconvenience.

In and of itself, the post might have been seen as an oddity and nothing more. But a closer look at the comment thread shows that whoever was controlling The Playground's account started picking fights with the commenters, insulting them with foul language and accusing them of being in on the piano theft.

It got so bad that some commenters began to call out The Playground for its unbecoming social media conduct.

"Playground Pier - Atlantic City being a operating business, there is a level of professionalism that should be upheld regardless of circumstances & your language is completely unacceptable," said Facebook user Rachel Marie. "I'm embarrassed for you. I won't be spending any of my money at your establishment any longer."

The suspicious activity was first reported by Lynda Cohen for Breaking A.C., which said Blatstein and The Playground had confirmed the piano post was made by an unknown hacker.

Ray Sheeran, who handles social media for The Playground, told Breaking A.C. he has reported the issue to Facebook through the proper channels but has not yet been able to wrest back control of the page from whoever hacked it. A spokeswoman for The Playground who was not involved with the social media operation said police have also been notified of the incident.

The Playground's official website was also recently hacked, though representatives said that issue has been resolved. It was not immediately clear whether the two incidents are connected.

In the meantime, officials with The Playground have been trying to reassure users that the offensive language on Facebook is not coming from ownership.