Handing out 10 awards from the Eagles-Broncos game

The Philadelphia Eagles absolutely took it to the Denver Broncos on Sunday, blowing them out by the score of 51-23. As always, win or lose, we hand out 10 awards.

1) The '50-Burger' Award: Doug Pederson and the Eagles' offense

The Broncos have arguably the best defense in the NFL, but the Eagles didn't get the memo. Missing their best skill position player in Zach Ertz, the Eagles rolled Denver offensively, putting more than 50 points on the scoreboard.

Why? Well, the players played well, but Doug Pederson had them prepared, and he called one hell of a game.

"He keeps them off-balance," said Carson Wentz, "just with the nakeds that we do, the sprint-outs, the dropbacks, the quick game, a bunch of different running sets, we did some unbalanced today, we just mix it up so well. Being able to mix it up like that, and spreading the love the way we do, I just think it makes us really tough to defend."

There's no question whatsoever that the Eagles are the best team in the NFL right now, and Pederson deserves a lot of credit for that.

Sometimes when you fire off a surface-of-the-sun hot take for attention, it backfires in spectacular fashion.

Wentz only threw for 199 yards, as his services were not needed at all in the fourth quarter, but all he did when he was in was further build his MVP résumé, completing 15 of 27 passes, with 4 TDs and 0 INTs, for a passer rating of 118.7.

For no reason, here's video of Wentz coming off the field and heading toward the locker room:

Wentz coming off the field and into the locker room... pic.twitter.com/GjX69qL2iT

3) The '#JayTrain and Co.' Award: Jay Ajayi and the Eagles' running backs

The Eagles had all five of their running backs active for this game. They all got playing time, and four of them got carries:

Ajayi had a 46-yard TD run, Clement scored three TDs, and Blount had some tough running as usual. That trio could be a handful to stop late in the season when the weather gets colder and opposing defenses are banged up.

While the Eagles are running the ball effectively on offense, they are even better at stopping the run on defense.

We gave out this award the last two weeks, and, well, since the Eagles' defense keeps shutting down opposing rushing attacks, I'm just going to keep giving it out. On the season, here is what the Eagles have done to opposing running backs:

We'll once again primarily credit the starting front four of Vinny Curry, Timmy Jernigan, Fletcher Cox, and Brandon Graham, though the Eagles have certainly gotten plenty of contributions from other players in the run game as well.

The Eagles are winning emphatically in the trenches.

With Jason Peters done for the season, perhaps the biggest concern for the Eagles the rest of the way will be the play of Halapoulivaati Vaitai at LT. On Sunday against the Broncos, you didn't hear his name called much, which is a great thing for the Eagles.

Von Miller, arguably the best defensive player in the NFL, had a meaningless strip sack against Isaac Seumalo in the fourth quarter on a play in which he was probably offsides. That sack/fumble was returned for a Broncos touchdown, so it'll look good on the stat sheet and on Miller's highlight reel.

However, the reality is that when Lane Johnson was in the game, Miller didn't do jack. He got owned by Johnson for three quarters before Johnson came out of the game with a huge lead.

Last season, Chase Daniel threw one pass, which he completed for 14 yards and a quarterback rating of 118.8. On Sunday, Foles threw his only pass of the season, a 35-yard strike to Nelson Agholor. Like Daniel last year, Foles too now has a 118.8 QB rating.

OK, so I'm obviously kidding about the QB controversy, but seeing Foles put a ball on the money is perhaps good to see in case he ever has to step in for Wentz at some point this season?

No? Don't want to even think about that possibility? OK, understood.

So clearly, go ahead book your hotel in Minneapolis this February.

Like the Broncos, the Giants also got run off the field today in embarrassing fashion, as they lost at home by 34 points. This 3rd and 33 play by the Rams about sums up their season. Take particular note of Eli Apple (#24), who wants no part of making a tackle on this play:

The Giants are done and have been for a while. Still, it's probably worth just quickly noting them for how egregiously dysfunctional they have become one year removed from an 11-5 season.

Looking ahead, the Giants should serve as a reminder to the Eagles that fortunes change quickly in the NFL. Their success in 2017 does not automatically mean they will be a good team once again in 2018 and beyond just because they have had a breakout season.

I imagine this was the reaction of any Cowboys fan checking in on the Eagles-Broncos score at any point after the first quarter today: 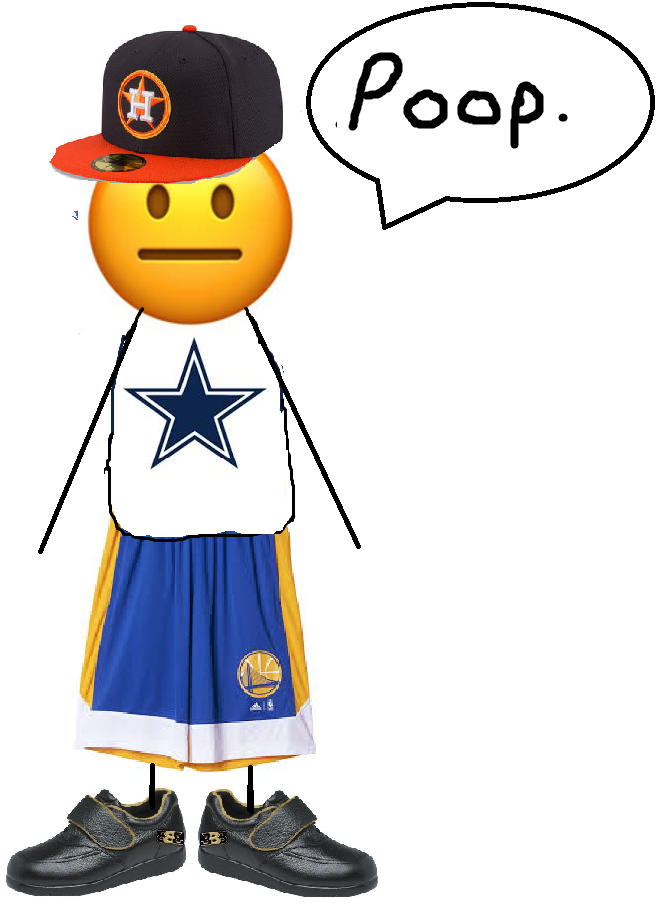 The Cowboys are hosting the Kansas City Chiefs during the late afternoon games, and they'll have to try to hold serve. The updated NFC East standings:

The Eagles will now have two weeks to get prepared for the Cowboys. It would be ideal if nobody got arrested.