Welp. The Philadelphia Eagles are now 0-2, and look like trash. 🗑️

After an embarrassing loss to the lowly Washington Football Team last Sunday, the Birds got outcoached and thoroughly outplayed by the Los Angeles Rams in their home opener.

Wentz had one of the worst games of his career Week 1 against the Football Team. His performance Week 2 was worse. At least a week ago some of his struggles could be blamed on poor play by the offensive line. There was no such excuse this week, as Wentz generally got good protection and had plenty of time to throw.

He simply made bad throws and/or bad decisions, most notably this interception on a throw to J.J. Arcega-Whiteside in the end zone.

Just when things were clicking, Wentz threw this pick...#Eagles pic.twitter.com/xmO0UMXjOp

That just wasn't there:

He finished 26-for-43 for 242 yards, 0 TDs and 2 INTs, for a QB rating of 56.5. Through two games, he has a passer rating of 64.4. You can bet there will be fans calling for Jalen Hurts this week. That's not going to happen, of course, but it's fair to wonder what exactly has happened to Wentz, and whether he and the team can fix it. 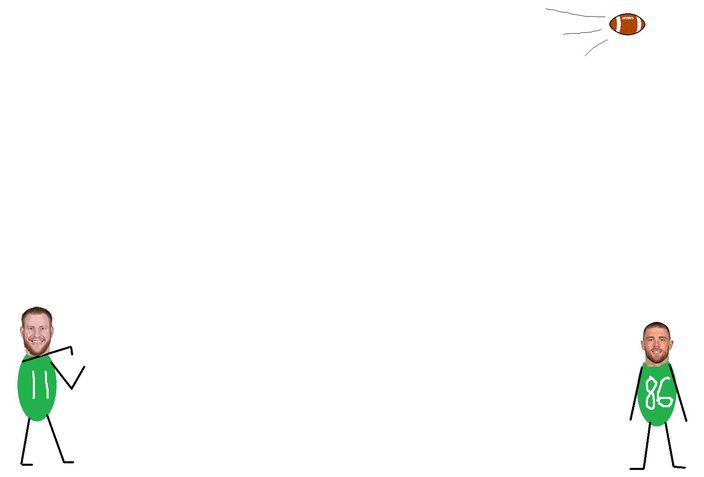 In the Eagles' last two matchups against the Rams in 2017 and 2018, Schwartz had a good game plan for Sean McVay. On Sunday, ehhhhhh, not so much. Rams receivers were running wide open in the Eagles' secondary, while rollouts, bootlegs, and misdirections completely fooled the entire defense. Even the run game failed the Birds' defense today, which has been a rare occurrence under Schwartz.

Everything the Rams did worked, and Schwartz didn't have much in the way of answers. Think the Eagles could have used a guy like Malcolm Jenkins today?

3) The 'Not So Fearless' Award: Doug Pederson

Pederson won a Super Bowl in 2017 because he was aggressive in fourth down situations.

Today, facing a 4th and 8 from the Rams' 15 yard line, down 8, Pederson elected to kick a field goal. OK. That's fine. Jake Elliott made it, and the Eagles were down 5, except that the Rams were offsides on the play. Pederson then had a decision:

He chose to keep the 3, and the Rams proceeded to march down the field for a back-breaking TD on the ensuing drive. Game.

Conversely, the usually cowardly McVay went for a 4th and inches on his own 29 yard line, and that drive ended in points.

4) The 'As Expected' Award: The linebackers

Heading into the regular season, many (rightfully, and obviously) pointed to the linebackers as a weakness on the roster, and sure enough, in Week 2, they struggled. The Rams ran for 191 yards, and TE Tyler Higbee had his way against the Eagles' linebackers, catching three TD passes. Nate Gerry is not looking forward to re-watching this game.

It was thought that the returns of Sanders, Barnett, Hargrave, and Lane Johnson would give the Eagles a huge boost, after they missed Week 1. Johnson helped. The other three? No so much.

While we're on Barnett and Hargrave, this feels like an opportune place to mention that the Eagles' expensive defensive line is not living up to expectations, to put it kindly.

In Week 1, Arcega-Whiteside was not targeted once. On Sunday, he was targeted twice. One drop, one pick.

What young players are contributing on this team? A quick look at the last four drafts, in which they have drafted 28 players:

• 2017: The only two guys left on the team are Barnett and Gerry, and they both stunk today.

• 2018: Dallas Goedert is a good player, but a guy who plays the same position as another really good player already on the roster. Avonte Maddox is a starter, I guess, but would anyone consider him an ideal one? Josh Sweat has some promise, I suppose.

• 2019: Miles Sanders is good, but it's easy to find running backs. Andre Dillard was bad as a rookie, and he's done for the season. We already mentioned Arcega-Whiteside, so no need to pile on there. The rest are gone.

8) The 'Worse Than It Appears in Print' Award: The scoreboard

As we pointed out at halftime, the Eagles were lucky the score wasn't as bad as it could have been. Facing a 3rd and 9 at the Eagles' 30 yard line, the Rams called a deep drop, and Jared Goff ate a nine yard sack after failing to throw the ball away. The Rams punted instead of attempting a field goal.

On the Eagles' ensuing drive, they punted, and for some reason, Cooper Kupp fielded the ball at his own 4, fumbled, and the Eagles were gifted seven points. What would the score have been without those bad Rams mistakes?

Apparently though, the Eagles were "right there."

Carson Wentz on not panicking at 0-2:”We’re right there” @FOX29philly pic.twitter.com/K6uf4PCNQq

Right where, exactly? It was basically a blowout!

9) The 'No Company For Their Misery' Award: Eagles fans, watching the Cowboys' miraculous comeback

Over the last few years, there have been no shortage of Sundays in which the Eagles played like crap, lost, but didn't lose ground in the standings because the Cowboys failed to capitalize, and lost as well.

Down 9 with under two minutes to play and the Eagles' game having already concluded, FOX cut to Dallas for the end of the Cowboys-Falcons game. The Cowboys scored to make it a 2-point game, and then they recovered one of the craziest onsides kicks I've ever seen.

Wow! Zuerlein with a bit of English on the onside kick. And kicks the field goal to complete the Cowboys comeback! pic.twitter.com/HD7XBy5Dqr

Like, what are the Falcons doing?!? Lol. Just jump on the freaking ball. Anyway, the Cowboys quickly moved into field goal range, hit the game-winner, and Eagles fans not only didn't have company for their misery, but the way in which the Cowboys won was like an additional kick to the groin.

In Week 3, the Eagles will host one of the worst franchises in sports in the Cincinnati Bengals. Anyone think that game is a gimme? Thereafter, they'll face the 49ers, Steelers, and Ravens. 😬

This roster is old, often injured, and now the quarterback suddenly looks like Andy Dalton. There's a chance this season could go really badly. Like, double-digit loss badly. It's been a while.

The Eagles are early favorites in that game by nearly a touchdown, according to TheLines.com. We'll see if that changes.