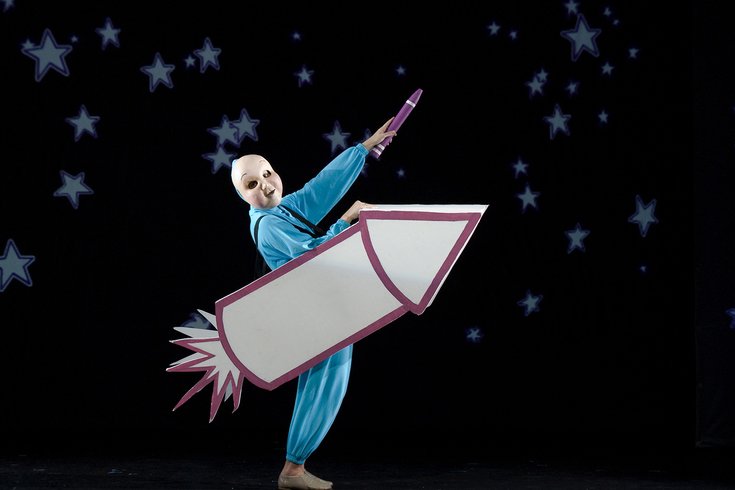 'The Adventures of Harold & The Purple Crayon' visits Merriam Theater this month.

Those who grew up loving "The Adventures of Harold & The Purple Crayon" will love Enchantment Theatre's latest production. They're bringing the beloved children's book series by Crockett Johnson to the Merriam Theater stage for just two shows Sunday, April 12, and Monday, April 13.
The story follows 4-year-old Harold, who creates his own imaginary world using his purple crayon. In the 50-year-old series stretching over seven books, Harold goes to Mars, heads to the circus and meets a princess.
Harold and his crew have been traveling the country with this production since October 2014 on a national tour. The play runs for about one hour and is recommended for children over 5 years old.
Enchantment Theatre Company creates theatrical productions for children and families using whimsical stories, fairy tales and original works. Known for their use of dance, masks and puppetry, ETC lives by its name to create enchanting works.
The first performance is open to the public, and the second is a special student matinee for schools and teachers.

The Adventures of Harold & the Purple Crayon