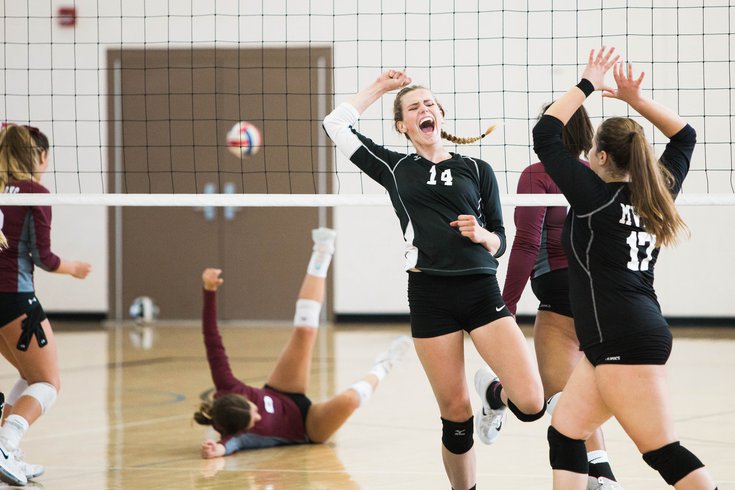 Hempfield School District in Lancaster County on Tuesday became one of the first school districts in Pennsylvania to adopt an athletics policy that bars transgender students from playing sports consistent with their gender identity. Those opposed to the policy say that it could become costly for the district, and could be in violation of Title IX rules against sex-based discrimination.

Hempfield School District in Lancaster County became one of the first school districts in Pennsylvania to prohibit transgender students from playing team sports that correspond to their gender identity, as the school board enacted a new athletics policy at a Tuesday night meeting.

The school board approved the measure with a 6-2 vote after a committee originally approved it in late June. The policy reverses a previous one which allowed students to play based on their gender identity. Now, student athletes are only eligible to play team sports based on the sex they were assigned at birth.

Two members of the school board remained opposed to the policy, saying that it is exclusionary and could prove costly to the school district, WITF reported.

Six parents and one student spoke out against the policy on Tuesday night. Three parents spoke in favor of it, noting that it would be beneficial for girls playing female sports. In particular, Lynn Wenditz, the parent of a transgender student, told the school board that her son and the other transgender students within the school district hear the way transgender students are being spoken about, and it makes them believe there is something wrong with them.

On June 28, parents, students, and community members opposed to the policy rallied outside of the Hempfield School District to show support for transgender students.

That same day, Philadelphia-based Education Law Center — an advocacy group working to ensure access to quality public education by focusing on underserved students — wrote an open letter to the Hempfield School District. In it, lawyers rejected the policy, as they believe it is in violation of Title IX – the federal law that protects students against sex-based discrimination.

"Policy 123.1's foundational premise — that trans girls are not 'real' girls and trans boys are not 'real' boys — is based on faulty science and harmful discriminatory stereotypes," the lawyers wrote. "A person's sex is made up of multiple biological characteristics that may not all align as typically male or female in a given person. Hormone levels for all people — including those who are cisgender — exist on a spectrum, and trans athletes vary in athletic ability just as cisgender athletes do."

While it remains unclear whether the school district is in direct violation of Title IX, a 2021 document released by the U.S. Board of Education clarifies that the federal law does protect students from discrimination based on sexual orientation and gender identity.

The decision stems from a Supreme Court opinion that ruled it's impossible to discriminate based on sexual orientation or gender identity without also discriminating based on sex.

Some community members spoke in favor of the policy. Resident Richard Boyer told Lancaster Online that the policy does not discriminate or violate individual rights, but protects them.

"I want to thank the board members who have voted for this updated and amended policy," Boyer said. "Preserving the equality and integrity for girls sports ensures their future opportunities to excel as an athlete and represent Hempfield."

As a result of the new athletic policy, other Lancaster County school districts, including Conestoga Valley School District, are considering revising their own policies regarding gender identity in school sports.

Earlier this year, the state House and Senate passed a bill that would have barred transgender girls and women from participating in school sports correlating to their gender identity. The bill was later vetoed by Gov. Tom Wolf, who remarked to lawmakers on Twitter to "leave trans kids alone."

There have been 18 states that have banned transgender students from participating in sports consistent with their gender identity, according to the Movement Advancement Project.

Much of the controversy surrounding transgender student athletes comes from the success of Penn swimmer Lia Thomas, who became the first openly transgender athlete to win NCAA Division I championship earlier this year. A frequent target of Republican and other conservative lawmakers, Thomas told "Good Morning America" that she intends to pursue the Olympic Games in 2024.

A recent rules change on transgender athlete participation from FINA, the world's governing body for swimming, would prohibit Thomas from participating in women's elite swim competitions, including the Olympic Games.