Girl, 14, surrenders to police in deadly beating of 73-year-old man in North Philly

James Lambert was attacked on June 24 by a group of young people, including a boy charged with third-degree murder 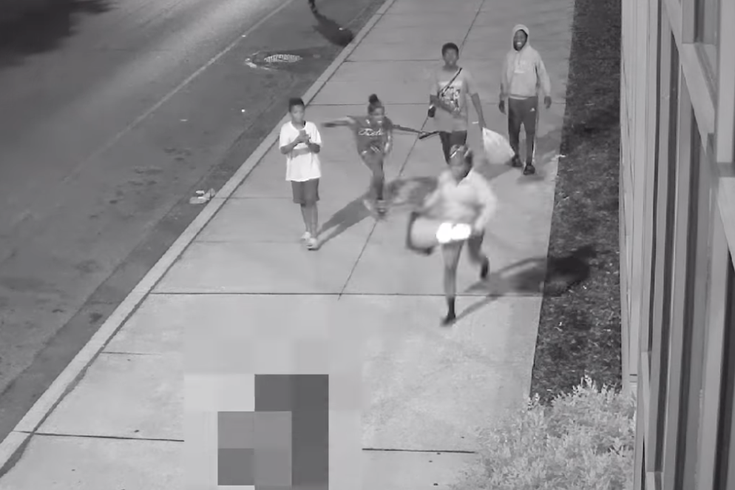 A 14-year-old girl and 14-year-old boy have each turned themselves in to Philadelphia Police in connection with the fatal June 24 beating of 73-year-old James Lambert in North Philadelphia, authorities said.

A 14-year-old girl surrendered to Philadelphia police Wednesday morning due to her connection in last month's deadly beating of James Lambert, a 73-year-old man who was attacked by a group of young people and pummeled with a traffic cone.

The teenager was not immediately identified on Wednesday afternoon. She is expected to be charged with murder and conspiracy as part of an ongoing investigation into the incident. On Monday, a 14-year-old boy turned himself in to police to face a third-degree murder charge.

Seven teenagers were observed in surveillance footage harassing and beating Lambert around 2:38 a.m. along the 2100 block of Cecil B. Moore Avenue. Lambert was crossing the street when the teens apparently ambushed him, striking him in the head with their fists and the orange traffic cone. A video released by police showed Lambert attempting to get away before he was again pursued and struck with the cone.

Four boys and three girls, all ages 10-17, are believed to have been either involved in the beating or present at the scene, investigators said. The 10-year-old brother of the teen who surrendered Monday also turned himself in to police, but was released and has not been charged.

In recent days, Lambert's family members have urged the teens to surrender to police. It's unclear if any of the other teens seen in the surveillance video might face charges.

The city offered a $20,000 reward for information leading to the arrest and conviction of those responsible for Lambert's death.

Known by friends and family as "Simmie," Lambert was a lifelong Philadelphia resident. Hours before he was attacked, he had visited the home of his 85-year-old sister to have dinner.

The incident happened a week before Philadelphia's new youth curfew law took effect, requiring children ages 14-17 to be home by 10 p.m. Children under 13 must be at home by 9:30 p.m.