Here are items Dunkin' Donuts is eliminating from its menu

Coffee chain is getting rid of sandwiches, smoothies and more 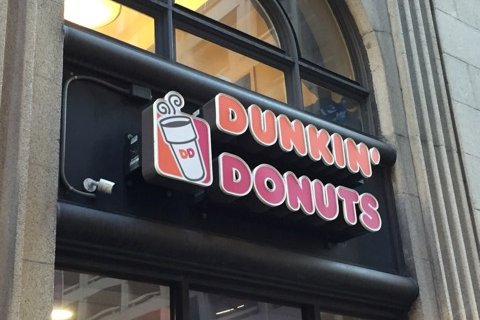 The sign for the Dunkin' Donuts on the corner of 15th and Locust in Center City Philadelphia.

Dunkin' Donuts New Year's resolution apparently is to keep getting rid of stuff.

The coffee and doughnut chain announced last week it is eliminating artificial dyes in its donuts. Hooray!

But with every popular purge comes a likely less popular one, like when your friends are happy you decided to quit smoking but are less thrilled you also decided to give up happy hour.

Keeping that arbitrary principle in mind, Dunkin' is also getting rid of 10 menu items. Here they are, via the Boston Globe:

The changes at the Massachusetts-based chain will go into effect at stores in New England and upstate New York this coming Monday and then will take effect at stores nationwide later this year, according to the newspaper.

Last year, Dunkin' got rid of a bunch of donut flavors and is even toyed with the idea of dropping "Donuts" from its name entirely. The times, they are certainly changing.