Here are renderings of the proposed $1.8 billion L.A. Rams stadium 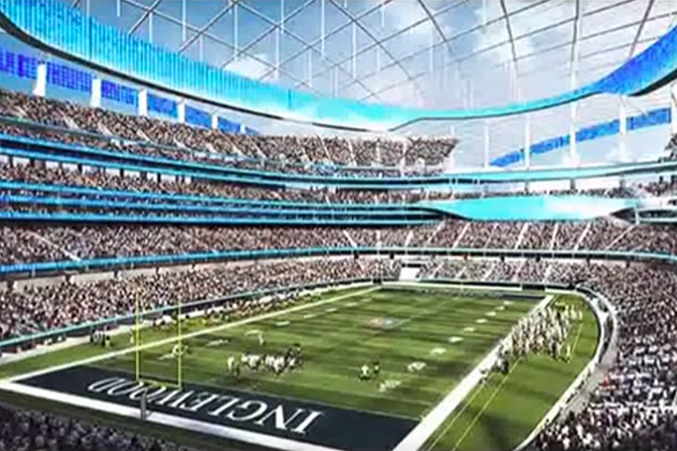 After an intense war of proposals among three NFL teams vying for a home in the city of angels, the Rams came out on top earlier this week and will return to Los Angeles for the first time since 1994.

Rams owner Stan Kroenke said Friday that the franchise considers it a privilege to get back to California, where he touted the proposed Inglewood stadium as a draw for major events including the Super Bowl, the Olympics and the Final Four.

Last summer, stadium designer HKS Architects held a conference to debut renderings of the proposed facility, which appear to live up to the extravagance expected of a Los Angeles sports team, Business Insider reports. 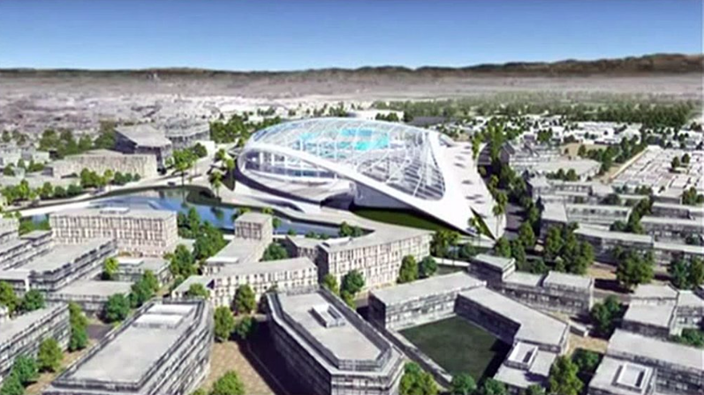 While initial estimates put the cost of the 70,000-seat stadium at $1.86 billion, the Orange County Register reports that it could ultimately reach $2.66 billion after financing, making it the most expensive stadium ever built by more than $1 billion. For comparison's sake, the Eagles' Lincoln Financial Field cost $512 million to construct ahead of its opening in 2003 (or $659 million in 2016 dollars). The Giants' and Jets' MetLife Stadium, opened in 2010, cost $1.6 billion.

Scheduled to open in the fall of 2019, the Inglewood stadium will form part of the 300-acre mixed use development at the former Hollywood Park. 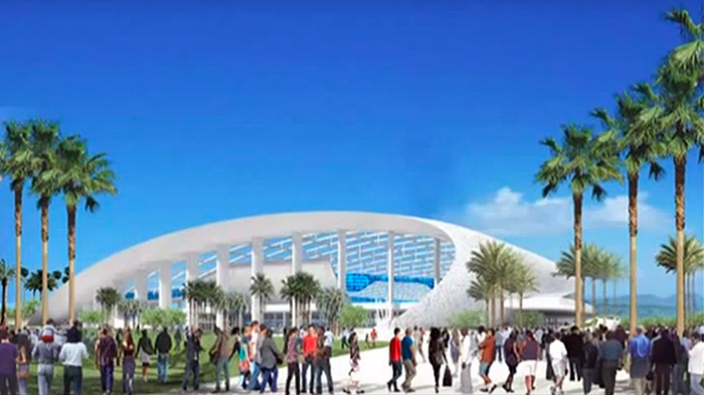 Check out the HKS Architects conference below to learn more about the vision for the project.