The revamped attraction, dubbed Wildcat's Revenge, will include a 140-foot hill, 4 inversions and reach 62 mph 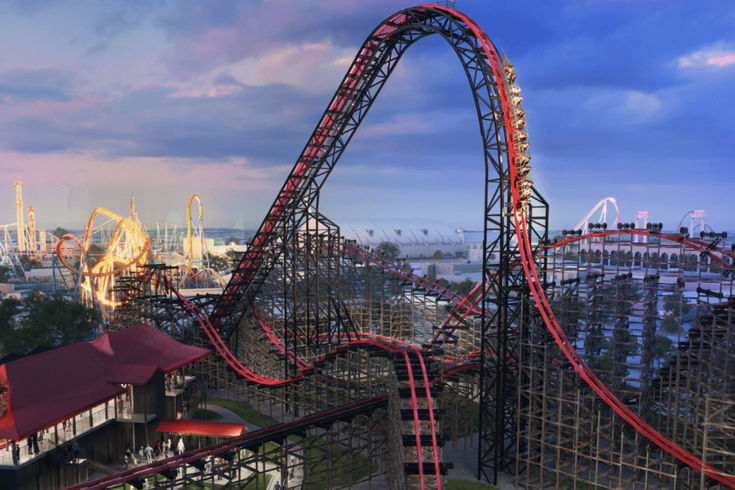 Wildcat's Revenge, a revamped ride at Hersheypark, will open in next summer. The hybrid roller coaster will place a steel track on the existing wooden Wildcat ride. It will feature a 140-foot hill and have a top speed of 62 mph.

Hersheypark will revamp one of its classic roller coasters over the coming months, transforming the wooden Wildcat into a hybrid ride with a new steel track.

Fittingly, the ride will be called Wildcat's Revenge, and it is expected to debut next summer. The existing Wildcat coaster opened in 1996 and was closed in July after a run of more than 25 years.

The central Pennsylvania amusement park unveiled the renovation plans Wednesday, sharing a video that gives a virtual look at the features of the upcoming ride.

Wildcat's Revenge will have a 140-foot hill that sends riders plunging at an 82-degree angle, reaching a top speed of 62 mph. The new coaster will have four inversions, including what the park calls the world's largest underflip, and will run a total length of 3,510 feet. The thrill will last 2 minutes and 36 seconds.

The steel track will be installed by Rocky Mountain Construction. Once renovations are completed, the ride will bring Hersheypark's rollercoasters count back to 15.

The original, wooden Wild Cat ride at Hersheypark was constructed in 1923 by the Philadelphia Toboggin Company, and was one of the park's most popular attractions until it was closed in 1946. It was later torn down and replaced by Comet, another wooden ride in The Hollow section of the park.

The more recent Wildcat now being renovated is in the Midway America portion of Hersheypark. Since its last ride in July, Hersheypark had been teasing big plans for the coaster, and now we have a first look at what awaits thrill seekers next summer.