Ellen Yin's former eatery on Market Street closed during the pandemic, but will soon return at the Franklin Residences 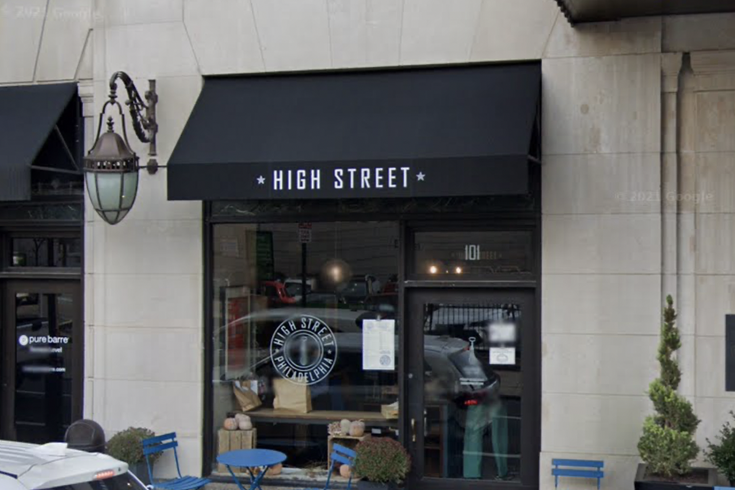 High Street will reopen in spring 2023 at a space in the Franklin Residences at Ninth and Chestnut streets. The restaurant previously was on Market Street in Old City and closed in Septemeber 2020.

Former Old City restaurant High Street on Market was one of many Philadelphia restaurants to close during the early stages of the COVID-19 pandemic, when owner and operator Ellen Yin pivoted to a streamlined operation with catering, pickup and delivery services at a new location in Center City.

Since Sept. 2020, the more limited High Street Philly has operated out of the Franklin Residences, an apartment building at the corner of Ninth and Chestnut streets. Now, the restaurant known for its artisanal breads plans to reopen this spring at the Franklin Residences space formerly occupied by Sandler's, a bar and restaurant that shut down just before the start of the pandemic.

At the time of High Street on Market's closure, Yin said that a sharp increase in rent at the former storefront at 308 Market St., combined with the uncertainty of the pandemic, necessitated a change in strategy. But High Street Hospitality Group, which also owns Fork and a.kitchen, among other concepts, promised it would search for a new home for High Street to return as a restaurant. It originally opened in 2013.

The new High Street will seat 38 people in a 3,400-square-foot space, with a bar that seats an additional 14 people. Led by executive chef Christina McKeough, the revamped concept will be a continuation of the former restaurant with breakfast, lunch and dinner menus. The focus will be handmade pastas and pizzas, with ingredients sourced from local farms and vendors. The wine and beverage program will be run by a.kitchen general manager Harry Jamison.

As part of the reopening, the existing High Street Philly at 101 S. 9th St. will become High Street Bakery, offering a range of laminated pastries and breads.

There also will be a private dining space, "The Back Room," located nearby at 834 Chestnut St. with a menu inspired by Fork. The Back Room will accommodate 30-40 people seated, with a reception space in the Franklin Residences lobby that can host up to 100.

Last fall, High Street Hoagies opened at Franklin's Table on the University of Pennsylvania’s campus in West Philadelphia. The sandwich concept grew out of the food stall that previously housed High Street Provisions, a sister concept to High Street Philly.

Prior to its closure, High Street on Market had been nationally recognized by websites including Bon Appetit and Travel + Leisure, which named the eatery among the best new restaurants in the world in 2015. Last year, Yin was a finalist in the James Beard Foundation's Outstanding Restaurateur category in its annual award program.

An opening date for the new High Street has not yet been determined.