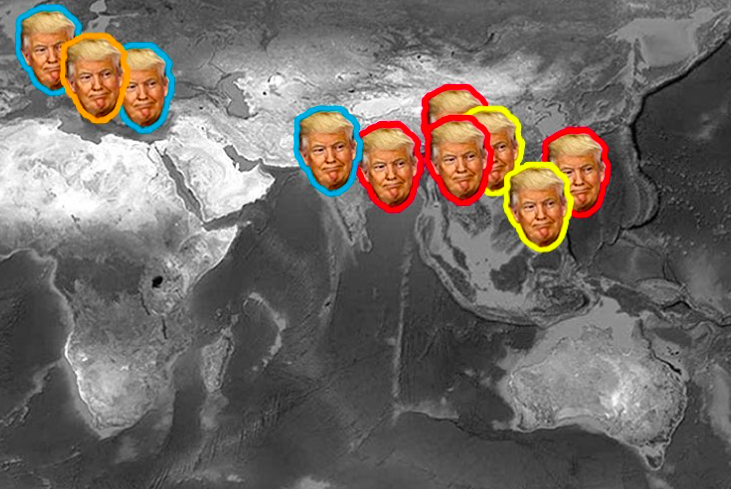 The Hillary for Pa. campaign launched a website on Thursday, Aug. 25, to highlight where Donald Trump-branded products are made overseas.

I was alerted to a fun new website on Thursday afternoon.

It’s called “Trump Roadshow” and – true to the entertaining form of this year’s American presidential election – it’s Hillary Clinton’s way of making sure you know that products shilled by her opponent Donald Trump are often made overseas.

Specifically, the Hillary for Pennsylvania site “invites Pennsylvanians to ‘Discover Trump’s Treasures Made Overseas.'" A press release about said site reads, “Trump has made dozens of products in other countries while making a hollow pledge to bring jobs back to the United States.”

This isn’t exactly new ground, of course, what with the Hillary ad with David Letterman pretty much owning Trump on his erstwhile late-night talk show being on the air locally for a while now:

Bringing it closer to home, though, it cites places in Philly and beyond where Trump’s folks could have had products made instead of overseas.

Like ties and suits at Commonwealth Proper in Philly instead of China, Mexico, Bangladesh and Hondoras.

And mirrors at Lostine instead of India.

And shirts at Collared Greens instead of China and Mexico.

And vodka at Thistle Finch Distillery in Lancaster instead of the Netherlands.

And, well, you get the idea.

So, leave your thoughts on Hillary's health and penchant for email-deletion and press-conference avoidance in the comments section below, 'Muricans. Good times.