"I think that a lot of people are coming in getting ready for the holidays," said Saedi, a board-certified dermatologist and director of Jefferson Health's Laser Surgery and Cosmetic Dermatology Center. "I've had people come in (Wednesday) getting ready for Thanksgiving."

For a variety of reasons, the fall months are among the best time to have photorejuvenation procedures done – everything from treating age spots to tightening skin to treating sun-damaged skin, Saedi said. That the holidays happen to be coming up doesn't hurt.

People want to impress their family members or friends they have not seen since last year, Saedi said. Or they want to look good in the holiday photos they put on social media.

"It's the time of year when you end up seeing more people than you normally see," Saedi said. "Everyone wants to look their best."

With the days growing shorter, the fall months stand as a prime time for laser procedures. Many of the procedures make patients sensitive to sunlight for a short period of time. Other people realize their skin was damaged by all the rays they soaked up the previous summer.

Several procedures tend to be particularly popular at this time of year, Saedi said. Each of them holds a relatively short recovery time, an advantage for people wishing to polish their looks in time for the holidays.

PicoSure laser treatments – a series of short, powerful bursts of energy – help eliminate wrinkles, acne scars and pigmented lesions. Side effects only include a few hours of redness. 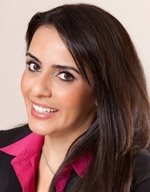 "Patients are only down for a few hours and can resume normal activities the next day," Saedi said. "It does give people that glow for the holidays."

Additionally, many patients request holiday Botox and filler treatments, Saedi said. But she cautioned against getting those treatments too close to major events or gatherings. It takes seven days to recover from Botox treatments and two weeks for the swelling to subside after the injection of fillers like Restylane.

Saedi said her patients mostly include women, though more men are considering such treatments. Her patients span most age demographics, though younger patients are becoming more common.

"I think a lot of that has to do with exposure to social media and more awareness that these procedures can be done, they're safe and they can get rid of brown spots," Saedi said.