On the hook: Homeowner must pay for submerged N. Wildwood home 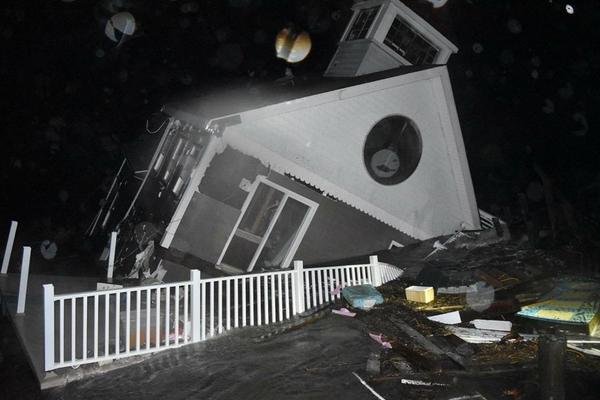 This home was swept away by flood waters in North Wildwood late Friday night.

Grassy Sound homeowner -- well, former homeowner -- Stuart Tait, whose home was swept into the Intracoastal Waterway near North Wildwood last week, must pay to remove the debris, The Press of Atlantic City reports.

RELATED ARTICLE: House carried away by floods in Wildwood

The Coast Guard said Tait must ante up to remove the home, which slid into the bay during a Nor'easter last weekend. Friends of Tait have started a GoFundMe campaign to raise money. So far donors have pledged $1,800 in their $5,000 campaign.

Much of the house, which was long-vacant, is sticking up from the marsh in two sections in Turtle Creek.

The Coast Guard is warning boaters to be cautious while navigating nearby.

Meanwhile, the U.S. Army Corps of Engineers is plotting the debris field with sonar.