Does most of your paycheck go to rent? That may be hurting your health

About 1 in 4 black U.S. households are burdened by high housing costs, researcher says 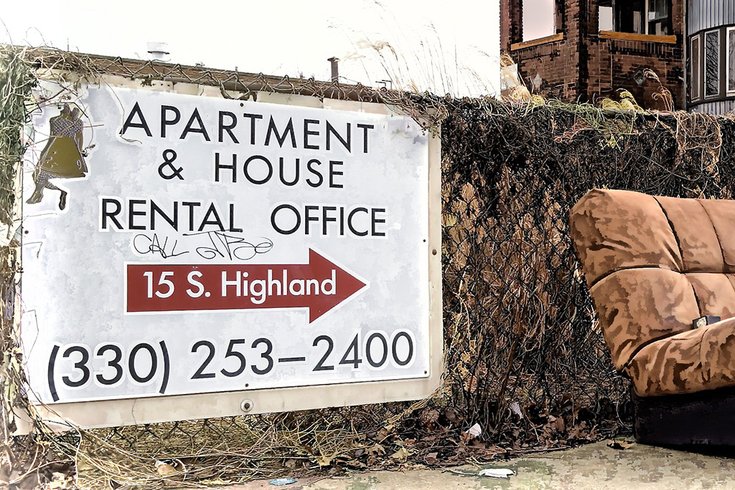 New data on health across the U.S. shows that high housing costs are harming Americans’ health – and that some communities are affected more than others.

The 2019 County Health Rankings, an annual collaborative report from the University of Wisconsin Population Health Institute and the Robert Wood Johnson Foundation, shows that 11 percent of U.S. households are severely burdened by housing costs. This means that more than 800,000 households spend at least half of their income on housing.

In communities with high housing costs, residents rate their health as lower, are less likely to be able to purchase enough quality and nutritious foods, and have higher rates of child poverty.

As a health researcher, this is a theme that I have seen in studies over and over again.

THE MOST BURDENED HOUSEHOLDS

While many communities face high housing costs, these burdens are not universally shared. Renters are more likely than homeowners to spend more than half of their paycheck on housing. The costs of homeownership have improved over the past few years, but housing costs for renters have not.

There are also racial differences. More than 1 in 10 white households spend more than half of their income on housing, with a median income of $56,000. But among households headed by blacks, the median income is $33,000 – and about 1 in 4 black households experience these housing costs burdens.

People who pay too much for housing must make tough choices between paying the rent or mortgage or paying for food, medicine and other resources that support their health.

Another key finding from the County Health Rankings report is that segregated communities with more households headed by black residents are twice as likely to face severe housing cost burdens than white households.

Why are black Americans more likely to spend so much of their incomes on housing? One reason is that black neighborhoods were targeted in a process called redlining, especially between the 1930s and 1965. Banks and other lenders excluded black communities from favorable loans and charged higher interest rates on mortgages, leading to higher housing costs – even when homes were valued less than similar homes in white communities.

Redlining is not explicitly practiced in the same way today, but its damage and discrimination remains – such as how banks targeted black homeowners with subprime loans. The consequences of this became clear in the 2008 recession, when black homeowners suffered worse outcomes compared to white homeowners. These practices led to higher foreclosure rates and steeper declines in home values during and after the recession, limiting opportunities for black communities to build wealth through homeownership.

There is a powerful relationship between housing and health.

When people pay too much for housing, they must make tough choices between paying their rent or mortgage or paying for food, medicine and other resources that support their health. In 2015, households that are burdened by housing costs spent 53 percent less on health care, food and transportation combined, compared to households that do not spend more than half of their income on housing.

To afford housing, some families spend less on food, do not buy enough food, or buy less nutritious and cheaper food. These families may also live in homes with structural deficits and other inadequacies, where they are at higher risk for health conditions like lead paint poisoning and asthma.

Research shows that segregated communities are more likely to be exposed to more threats to their health. For example, a study published in March showed that black and Hispanic populations are exposed to 56 percent and 63 percent more air pollution compared to white residents, even though white residents are more likely to contribute to pollution.

Segregated communities are also less likely to have resources in their communities that promote health and help prevent chronic diseases, like obesity and diabetes. Even if black families were not overly burdened by housing costs, they still are more likely to need to leave their own neighborhoods to access fresh and nutritious foods, quality health care services and places to exercise. And black residents living in segregated neighborhoods are also more likely to die prematurely.

I recently co-authored a paper, led by University of Maryland professor Caryn Bell, that shows that counties with 9 percent or more black residents are more likely to have resources that compromise health, such as fast food restaurants, and less likely to have resources that promote health, such as grocery stores. Research has shown that this is important, due to the relationship between access to health-promoting resources, like grocery stores, and lower obesity rates.

As housing costs have risen, incomes have not kept pace. Additionally, affordable housing is not available to everyone who needs it.

The National Low Income Housing Coalition reported in March that only 37 affordable homes exist for every 100 extremely low-income renter households, meaning households with incomes at or below the poverty line or 30 percent of the area median income. That means that there is a shortage of homes with monthly costs that are 30 percent or less of the monthly household’s income. No state has enough homes for every extremely low-income renter household, which are the majority of households that are severely housing cost burdened.

Incomes are stagnating while housing costs, especially renting, continue to rise. As these two forces combine to limit opportunity, more U.S. residents are at risk of becoming burdened by their housing costs and damaging their health, especially low-income and black Americans.