How do professional athletes get their health insurance? 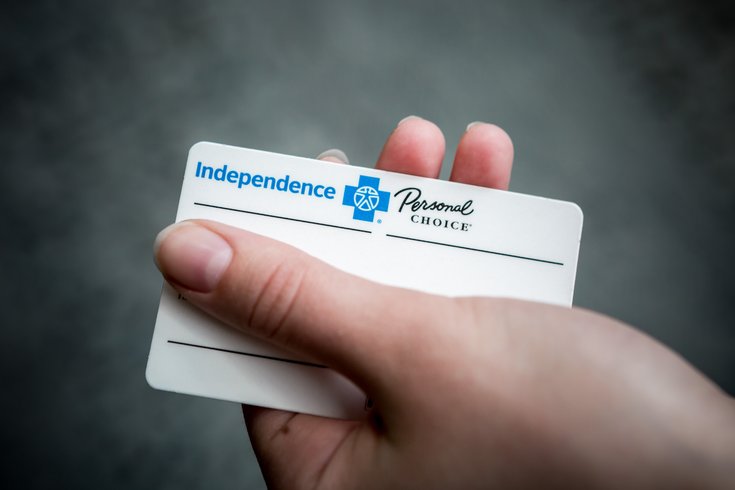 Health insurance is complicated to navigate no matter who you are. But, thrust into a career where head injuries and broken bones are practically the norm, and very much public knowledge, what does that process look like?

Curious to know a little more about how health insurance policies play out for sports teams—including the beloved Eagles—we reached out to Michael McCloskey, associate professor of risk management and insurance at Temple University’s Fox School of Business.

How does, say, a football player in the NFL get health coverage, and who foots the bill?

I imagine everyone has different needs, though. Everyone has such a huge risk factor involved, no?

You mean do they pay more if they’re more prone to be hurt? The thing is, you can’t really, when it comes to health insurance. There are laws for pre-existing conditions and things of that nature—you can’t ask people questions like ‘Have you had cancer before?’ Stuff like that. If you go work at Comcast, they can’t ask anything like that. They can look at the overall results of the plan in general. Comcast – they have 150,000-plus employees, so the health insurance company can look at that and see the average cost of a claim is X or 5.3 percent of employees have cancer. That would happen, too, with say, the Eagles. The health insurance company would look at their experience. With all of us, our experience of what we pay. If you have an auto insurance policy and you’ve been driving 10 years and you’ve had two accidents that are your fault, you’re going to pay more than someone who hasn’t had any accidents. But players themselves, they’re not going to be paying for that.

Beyond that, when a player gets injured and it’s related to the job, they’re collectively bargained—and I don’t know every nuance of the NFL Players Associations collectively bargained agreement—but they’re work-related injuries. So, all work-related injuries are 100-percent covered by your employer. That’s worker’s compensation; that’s the law in this country. Players don’t pay anything—while they’re playing. The teams foot that bill.

That has to be very expensive.

In the grand scheme of things, no. Because an athlete who injures—concussions change things. That’s a separate issue. But what type of injuries do they get? They get knee injuries. Those things aren’t expensive to fix. The things that are more expensive are someone being on dialysis, treated for cancer, things of those nature. You’re not getting that over a football field or a hockey rink.

• Players in the NFL who don't have long careers--long enough by NFL Players Association standards--often end up back on the insurance market like anyone else.

• University athletes' health-related expenses are only covered to the extent they're related to athletics.

What happens when they’re gone from the team? When they’ve had concussions and maybe a brain injury.

You have to go back to what’s collectively bargained. To give an example, my father was a carpenter in the City of Philadelphia, was in the carpenter’s union for 30 years, but he didn’t work for any one employer—but was part of a union. The way a lot of unions do--and this ties to whatever the specific union is--the unions charge or collectively bargain for X benefits. What happens is they may have what is called ‘retiree health care,’ and it’s part of what the union agreed that the Players Association manages. So, I think in the NFL, you have to play, I think, five seasons to be eligible for the NFLPA pension. O.J. Simpson, for example, considering how he still has money, the reason is that he has a pension from when he was an NFL player. The Players Association, they have it built with what they negotiate to the NFL; the NFL doesn’t pay that insurance, they pay that fee to the NFL Players Association while that player plays, and that benefit is administered by the NFLPA.

That could be one component of it. But really, for the most part, NFL players are just like you and I: When you work somewhere and stop work somewhere, you move on to your next employer and hopefully, you get health insurance from there. Up to the time when you’re eligible for Social Security and you go on Medicare. Let’s say you’re someone who’s drafted, you play three years and don’t have that great of a career and then you’re on the street, you’re just like you and me—fending for yourself.

Does that apply to a college team as well? Do universities pay that bill?

Do they have limits on their health plans, or is sky the limit?

Employers are not required to make public what they give their employees, so you can’t know if a player pays a $10 co-pay for a subscription.

…But it's important to know the [insurance and worker’s comp] are two different things. If Carson Wentz has a cold and has to go to Walgreens and get flu medication, it’s whatever co-pay the Eagles employees get. The admin, the CFO or the quarterback. But anything related to the job, employers pay 100 percent. It’s not an Eagles or sports thing; it’s a worker thing.

And teams also buy a policy when they suffer a career-ending injury and they don’t play anymore?

That’s basically disability protection insurance. Sometimes you’ll see payers get it—the NCAA actually does make it available for some basketball and football players. When they enter, let’s say you’re Joe Smith and projected to be a first-round pick in the draft, in April, and you’re coming back for your senior season. You might buy a disability policy that says if you suffer an injury in your senior year of college and it prevents you from getting drafted and having an NFL career, a policy might pay you $1 million.

There are also policies the teams can buy, and in the NFL, it’s not as common, because NFL contracts aren’t guaranteed, but Major League Baseball ones are—I remember way back in the ‘90s, the Phillies were a notoriously cheap organization, and I remember a player got hurt and he didn’t play for maybe two years because he had a back issue, but then he wanted to come back and come to training camp and the Phillies just didn’t want him to come back, because they were worried it would void the policy they bought. So, they bought a policy that says, ‘Hey, we gave this guy a $1 million contract, but for some reason he can’t pay because of an injury, there’s an insurance policy that would pay the Phillies $30 million, because they have to pay the player no matter what.

It’s a sophisticated insurance contract. You can’t just go into a State Farm and buy it. It’s a specialty area of insurance. But players buy them a lot.