How to identify and help someone with a hoarding disorder 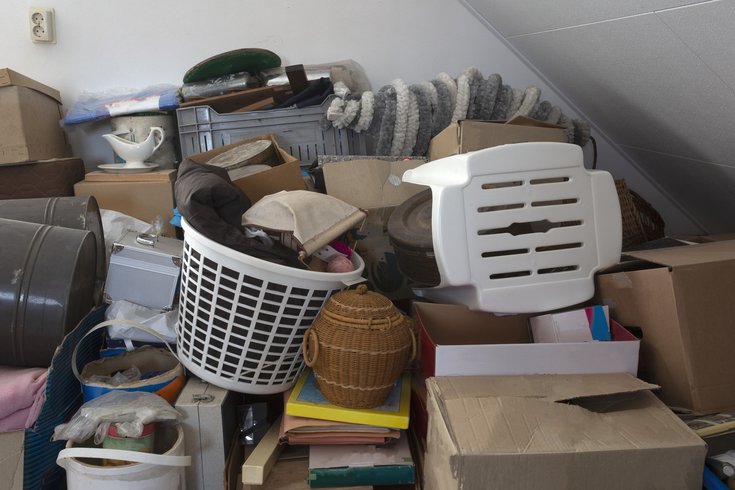 For many people, tossing out old junk, donating unused clothes, and keeping the house organized is simple. For others, this isn’t so easy. When people struggle with severe emotional attachment to their belongings, keeping things clean and organized feels impossible—an emotionally draining, unwinnable battle.

There’s a name for this compulsion to save and collect things on a massive scale, regardless of their perceived value: hoarding. It’s important to keep in mind that this condition is a lot different from being a run-of-the-mill clutterbug. Hoarding is complex and sometimes dangerous mental disorder that affects roughly 1.4 million people in the United States alone. It can lead to unhealthy living conditions for anyone in the home (including pets). An excessive accumulation of clutter – whether it be old paperwork or garbage – can cause tripping hazards for the elderly, trigger asthma, and result in unsanitary conditions for food preparation. Because there’s often judgement cast upon those suffering from hoarding disorder, people struggling with the illness might hide it from their loved ones or isolate themselves completely.

If someone suspects their loved one may be suffering from hoarding disorder, here are a few things to keep in mind:

Because symptoms of mental illness can be more nuanced than those of physical illness, it’s sometimes hard to identify the red flags of a hoarding disorder. Being educated and aware of significant symptoms can allow someone to appropriately help a friend or family member struggling with compulsive hoarding. Symptoms to look out for include:

Because hoarding can be so difficult to fathom, understanding its root causes can help you avoid passing judgement on those suffering from this disorder. It also spreads awareness of possible hoarding triggers, allowing you to keep an eye out for friends and family members who may be more susceptible to the disorder. While there’s not always a definable origin or cause, hoarding often affects people who:

Watching a loved one suffer is always difficult—but they don’t have to suffer alone. Proper support is a game-changer for someone trying to tackle their hoarding disorder. But keep in mind—the wrong support, despite good intentions, can be destructive and traumatic to a hoarder. Here are some do’s and don’ts when offering assistance to someone with hoarding disorder:

If you or someone you know is suffering from hoarding disorder, take the first steps to recovery by checking out the following sources: