How a Philly ad agency standardized the diamond engagement ring

In the 1930s, N.W. Ayer & Son crafted a slogan that forever linked the gems with love and romance 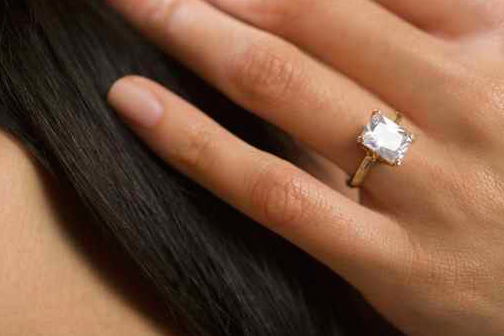 In many parts of the world, the ritual act of engagement is completed by placing not just any ring, but a diamond ring, on the outstretched finger of the bride-to-be. Most of us would avoid putting a price on love, but the Jewelers of America found that in 2012, the average American couple spent an average of $4,000 on diamond rings. That's at least 50 percent more than it's worth the second you leave the shop.

The story behind our fixation on diamond engagement rings has roots stretching back to Philadelphia in the 1930s. Our emotional attachment to and elevation of diamonds, which became a multibillion dollar industry for De Beers, is attributable in large part to the marketing genius of N.W. Ayer & Son, an advertising agency founded in Philadelphia in 1869, according to the blog Where Marketers Go to Grow.

When British diamond explorers discovered a mining jackpot in South Africa in 1870, the initial reaction wasn't celebration. It was panic. If the market for diamonds became completely saturated, their value would plummet, and the lucrative future of diamond jewelry would be doomed.

N.W. Ayer, headquartered on West Washington Square, was hired to execute the campaign in 1938. To do so, the agency conducted market research to determine what Americans thought about diamonds and figure out how they could alter that perception to De Beers' advantage. At the time, Americans viewed diamonds as a luxury item that could only be afforded by the wealthy elite. Most Americans were focused instead on buying cars and household appliances.

As The New York Times reported, N.W. Ayer sought to "create a situation where almost every person pledging marriage feels compelled to acquire a diamond engagement ring" and the security it represented.

Before World War II, just 10 percent of engagement rings contained diamonds. By the end of the 20th century, it was about 80 percent, according to the BBC. So what was the big secret that transformed modern romance into a quest for validation through diamond rings?

"A Diamond Is Forever."

That slogan, launched in a 1948 campaign, has appeared in every De Beers advertisement since then. Ad Age named it the slogan of the century in 1999, and it paved the way toward what would become a $72 billion-per-year industry.

So for those in Philadelphia who plan to pop the question with a diamond ring on Valentine's Day, you'll be happy to know that the glistening rock you paid a fortune for became the standard thanks to a local company that capitalized on our collective instinct to reserve the best for those we love the most.