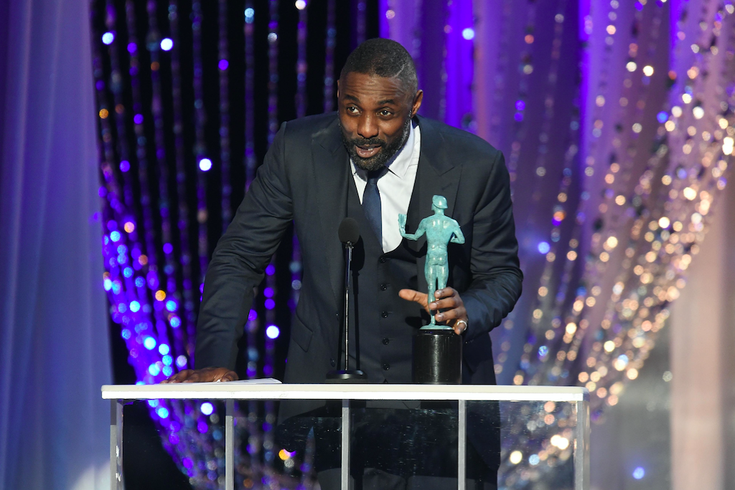 Idris Elba accepts the award for Best Male Actor in a TV Movie or Miniseries for his role in "Luther" during the 22nd annual Screen Actors Guild Awards at the Shrine Auditorium in Los Angeles on Jan 30, 2016;

Based on the eponymous novel by Greg Neri, "Ghetto Cowboy" will feature "The Beasts of No Nation" and "Luther" star in the role of Harp, a North Philadelphia father who mentors his 15-year-old son, Cole, in the unique urban pastime.

Abandoned by his mother, Cole approaches horseback riding with disinterest until he learns that the city of Philadelphia is threatening to shut down the local stable. He and Harp fight alongside their cowboy companions to preserve a little-known history that has kept many of them away from a life of drugs and crime.

The film will be produced by Elba's Green Door Pictures and directed by Ricky Staub, who will make his debut with "Ghetto Cowboy."

“This story was built out of a deep friendship and collaboration with the riders of North Philly, and I couldn’t be more excited to honor their legacy with this film,” Staub told Variety.

Fletcher Street Urban Riding Club, Work to Ride and the Black Cowboys Association are among the local organizations dedicated to continuing Philadelphia's tradition of urban horseback riding. Stables are located in Strawberry Mansion and parts of west and southwest Philadelphia.

A timeline for the film's development and potential locations have not yet been revealed.