We asked for your tales of neighborly woe, and you responded with some doozies 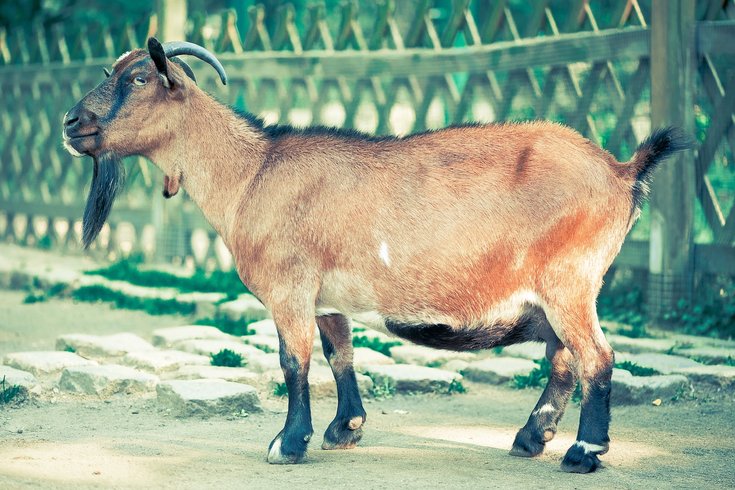 When a man in an apron chased a goat onto a Philadelphia street, his neighbors figured out that they lived next to an illegal butcher shop.

Earlier this week, PhillyVoice asked readers to share their stories about having bad neighbors.

At the time, we thought we'd give it a little time for the stories to roll in and write a Worst Neighbors post around the end of February.

Lo and behold, our fine readers responded in magnificent fashion to the point where we thought it'd be rude to make you wait for their stories.

All of which is to say we're going to share a couple with you today, with follow-up posts when warranted.

While we received quite a few tales of woe (look for more next week), the submission form which appears at the bottom of this post serves as an invitation for you to send in yours as well!

And, yes, we'll also celebrate good neighbors at some point in the near future.

CHICKENS AND GOATS AND SHEEP, OH MY!

From "Anonymous" somewhere in Philadelphia:

When an elderly neighbor passed away, his property was in disrepair. Unwilling to rehab it, the children rented it out, as is. Soon, a family moved in. Then, more family members. And more. People came and people went to the point where we feared drugs were being sold.

Out back, someone had made a pen and had begun keeping chickens. They were noisy from time to time, but no one wanted to complain.

Then, one day a goat was out in the street. A man wearing a butcher's apron rushed out and chased the goat back into the house. Another day, it was a sheep.

We were relieved to find out that there were no drugs being sold, but there WAS an illegal butcher shop in operation. (Writer's note: What kind of butcher shop serves goat? On second thought, I don't want to know).

Though the butcher shop was never officially closed, the police did visit, lights flashing, to handle what seemed to be an increasing number of domestic disputes. Then, one day, they were gone: the people, the chickens, goats and dogs.

I bought my first house in South Philly when I was 24 years old. My neighbor did not like the previous owner at all. Apparently, the house was a converted mechanics garage, so the previous owner spent a lot of time and money to convert it into a home/loft.

This really angered my neighbor, for some reason. He is an older man, in poor mental shape but still has his faculties for the most part.

For the first year after I moved in, he wouldn't even look at me. I'd say hello as I walked by and he would just ignore me like I didn't exist. Then, one day, he cracked a smile and it sort of grew from there.

It "improved" to him trying to tell me awful racist jokes, stuff he found on the internet, just really weird stuff. I'd try to humor him but act like I was in a rush.

Keep in mind he had a bench out front of his house, where he often sat. He looked homeless most of the time, wearing the same shirt for weeks at a time, never shaving, bad smell – you name it.

Then one day, he stopped talking to me again. Whatever, no skin off of my back. I truly believe his mental shape is poor and he creates his own reality, sadly.

This past year, my wife and I bought a new house and we were going to sell my first home. We went under contract and on a second visit from the buyer, he proceeds to be outside and tells them that three people were murdered in the house, and that the house itself was an old gas station and had sealed tanks underground.

My Realtor and I had to scramble to tell them that this guy was crazy, made up all of that and one look at him would confirm this information. I lived in the house since 2010 and never had any problems, and never heard about any murders.

Alas, the buyer got cold feet either way – living next to a crazy person probably wasn't enticing, either – and we ended up losing them. I had to sell my house for a lower offer several weeks later, all thanks to my jerk*** neighbor.

I've never been so happy to offload a house in my life. He's someone else's problem now.

As far as I know he's still alive.

You can't fix crazy. It can only be managed. Even then, people have their own agendas whether they're based in reality or not.

Originally I thought I could legalese this guy to death, wait for him to do something illegal or bothersome, call the cops, etc., but he never crossed that line.

Playing that out, he was a tree stump in an old forest. He was never going anywhere and he would never change. So, my advice is just to put up with it, be cordial but distant, and stay in your own lane.

People are crazy and you never know what they might do.