Another 400 bicycles are being added in 2022, with new docking stations being placed in South and West Philly 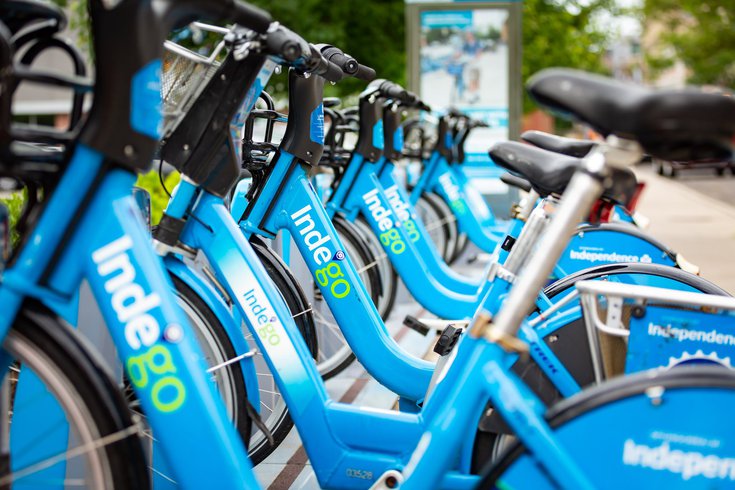 The Indego bike share program is undergoing a multi-year expansion that will leave the system with 350 docking stations and 3,500 bikes. Independence Blue Cross has renewed its title sponsorship of the program through 2030.

The Indego bike share program has received financial support from Independence Blue Cross since its 2015 inception, helping the bike system triple its size.

The health insurance company has renewed its title sponsorship, ensuring that financial support will continue through 2030. Terms of the agreement were not disclosed.

"Creating a transportation system that benefits everyone in our city is a priority of our administration and a high-quality bike network is key towards achieving that goal," Mayor Jim Kenney said. "I thank Independence Blue Cross for their continued support and partnership to help us expand bike share access to more Philadelphians. By expanding Indego, we can continue to provide new, safe, and sustainable mobility options for all."

The Indego bike share program is undergoing a multi-year expansion that will leave the system with 350 docking stations and 3,500 bikes.

The 2022 expansion will push further into Southwest Philly and South Philly. It also will add service from Kelly Drive to East Falls.

"We are proud of Indego's inclusive approach to station expansion, targeting diverse and historically underserved communities," Independence CEO Gregory E. Deavens said. "It is an honor for Independence to renew our title sponsorship of the Indego bike share system. We look forward to Indego's continued success in advancing an equitable, healthy transportation option for residents and visitors in Philadelphia."

Indego is funded by sponsorships, advertising, grants and user revenue. The program's 2018 business plan deemed its title sponsorship with IBX its "single most important partnership." The initial sponsorship deal, signed in 2015, brought Indego about $1.7 million per year for five years.

In 2020, the city handed the program's operations and expansion efforts to Bicycle Transit Systems as part of a 10-year contract.