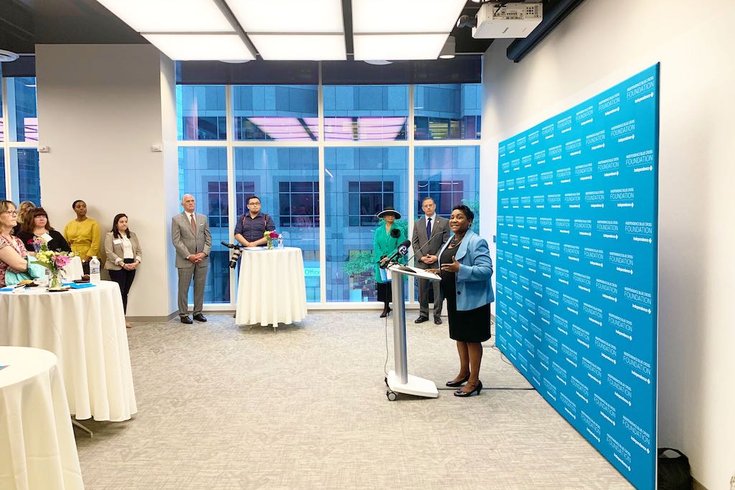 Dozens of nurses from all over the region gathered Thursday in Center City to join in Independence Blue Cross Foundation’s National Nurses Week Celebration.

Daniel Hilferty, chief executive of Independence Blue Cross, began the celebration by chronicling the great success and impact the foundation has made since its establishment in 2004, noting that no one does more for nursing. To this point, Hilferty noted the IBX Foundation has raised $20 million in the past 15 years to benefit nurses in the region.

The funding benefits scholarships, grants and programming, among other initiatives.

The keynote speaker, Dr. Roberta Waite, professor and assistant dean of academic and community integration at Drexel University and a nurse of 30 years, talked about the evolving role nurses play in the health care system.

In addition to patient care, Waite said those roles include promoting social justice and battling health inequity, defined by the WHO as differences in health status or in the distribution of health determinants in different groups, including ages and social classes.

As part of the National Nurses Week celebration, Foundation president, Lorina Marshall-Blake, announced a forthcoming collaboration with Nurses.com to provide nurses with continued education courses on topics like the “warm handoff,” the process of transitioning overdose survivors from the hospital to treatment, as well as cultural competency and diversity in nursing.

Also announced was expanded funding for the IBX Foundation's Nurses for Tomorrow program, which works "to strengthen a diverse pipeline of future nurse practitioners and educators and will support community-based research or special projects." The recipients of the grants will be announced early in 2020.