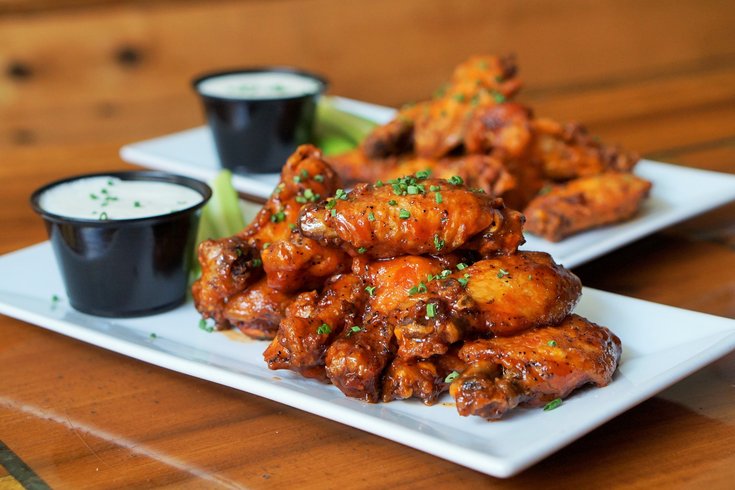 With the coming of Wing Bowl 2016, so too comes a certain curiosity: What is the fastest way to eat a wing?

Northeast Philadelphia's Dave Brunelli, who placed fourth in last year's competition and will compete in his sixth Wing Bowl this Friday, explains his approach to wing-eating, recalls his favorite Wing Bowl memory and briefs onlookers on what not to do to a competitor who's just consumed a few pounds of chicken.

What's the fastest way to eat a wing?

You have two different types of wings, and there are two different ways to go about each one. I mean, there’s obviously more than one way. But the two bones, the flats, I separate at the top. One end is joined together, and the other end, if you ever notice, there’s a space between there. So you can grab by the right end and I just pull. I start at the tip of it, and I pull right through and get the whole thing in my mouth, keeping my fingers at the end and pulling right through. And I pretty much clean the whole thing. That’s the flats.

For the drumstick, you start at one end, turn and just get rid of it.

How many seconds would it take you to eat a whole wing?

I’d say two seconds, for me. If that. I guess it depends on the size, but a medium-sized wing, about 10 to 12 in a minute would be good.

When you have the chicken in your mouth, is there an approach to chewing? Or is it just speed-chewing and swallowing?

Way back when you first started, how did you find your own approach?

There’s definitely different ways to do it. Flats, you know, some people just bang ‘em on the table and skin ‘em with their hand and the meat just kinda slides off to the side and you pull it like that. That’s another way.

It all depends on the tenderness of the meat, no?

Definitely. If you get it dry, or the wing is obviously going to be even harder when they’re cold. Ever have a cold wing? It’s kinda tough, usually.

What’s the standard for competitions: hot or cold?

Wing Bowl would be room temperature. Most serve them out warm. And sometimes you do get them cold; it depends on how many people are in the contest and how long you're doing it for. Some people just leave them out and think that’s OK. Some people keep them in warmers. And sometimes, they take ‘em right out of the fryer and put ‘em on your plate so they’re burning hot. They’re hard to eat. Many times that’s happened.

What’s the most challenging part of eating a wing in a competition?

You don’t want to break bones. Like in Wing Bowl, you don’t want to swallow a bone … but that happens. In that regard, there are things you want to stay away from. I’ve swallowed bones, cartilage – my teeth. [Laughs] Yeah.

Does spiciness change your approach?

You want to get it down as quickly as possible. Usually, something spicy, usually there’s a shorter time and certain amount of time and a certain amount of wings you have to eat … I might eat bananas and bread beforehand, and maybe some buttermilk to try to coat my stomach. You know?

I guess last year. Completing the contest. That’s the first time I completed the full Wing Bowl. Before that, I was like 30 seconds out and someone started rubbing my back and I puked. Yeah, you don’t want to touch the competitors while they’re eating.