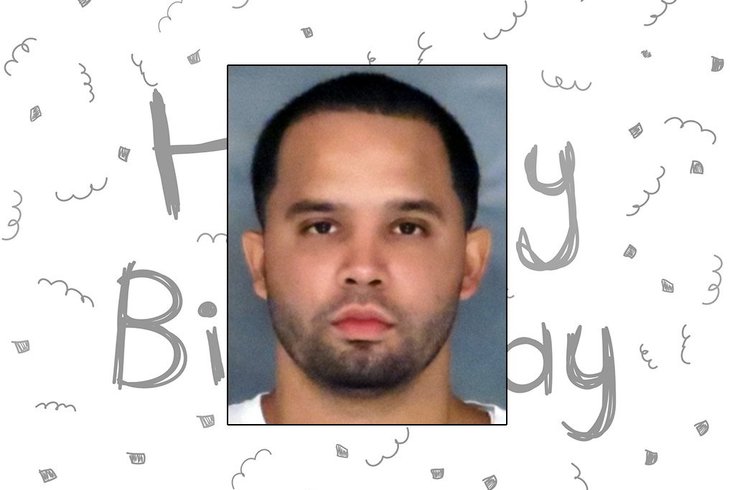 Norman Vega, above, an inmate at Berks County Jail, alleged his civil rights were violated when jail employees destroyed a birthday card sent to him by his 5-year-old daughter. Though his initial complaint was dismissed, an amended lawsuit filed in October was cleared Tuesday to proceed to trial in federal court.

A civil rights lawsuit filed by a Pennsylvania inmate after jail personnel destroyed a birthday card made for him by his then 5-year-old daughter can proceed.

An initial complaint filed per se by Vega was dismissed by a federal judge in March 2017 for failure to state a claim for which relief can be granted, but he was given permission to amend and refile. He hired the Ballard Spahr law firm in Philadelphia and filed the current suit in October

Specifically, Vega alleges his First Amendment rights to free speech were violated by the prison's prohibition on mail with crayons or colored pencil and failure to receive the birthday card.

Moreover, he claims his due process rights were violated when prison officials destroyed the card before he was notified, preventing any challenge of the determination that the card contained crayon. Vega also alleges unconstitutional retaliation by prison staff, claiming that after his lawsuit was filed, they continued to interfere with his mail.

Tuesday's ruling by U.S. District Judge Gene E.K. Pratter denied a motion to dismiss by the prison defendants on the free-speech and due process counts. The court dismissed the retaliation count for all defendants, except for Mullen.

In a memorandum explaining her dismissal of the initial complaint, Pratter seemed sympathetic to Vega's experience.

"This case dramatizes — perhaps in a small, yet undeniably poignant way — the human price paid by parent and child alike when one of them is in prison," wrote Pratter, adding in a footnote that "again, in reaching this legal conclusion, the Court by no means intends to belittle or disregard the very understandable emotional value to Mr. Vega of something such as his child’s acknowledgment of his birthday."

Discovery is due in the case by June 1, with a possible trial in October.