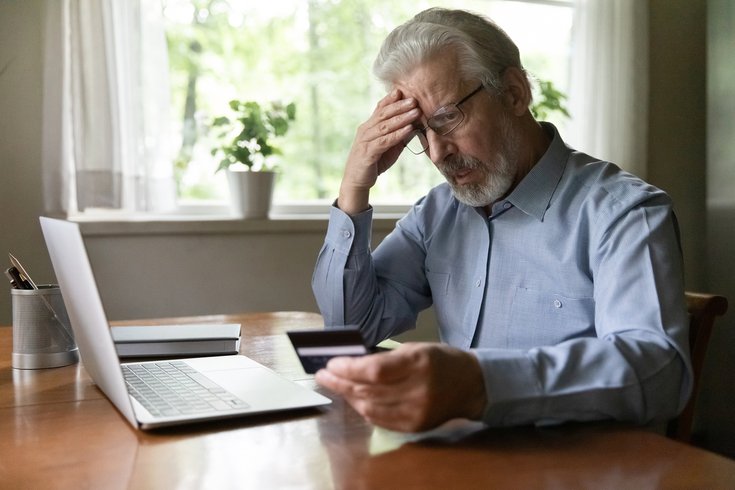 You have probably read stories about the victims of internet scams. But unless you’ve witnessed it firsthand like I have, it might be hard to imagine how clever and seductive these scams can be.

By telling you my father’s story, I’m hoping to make this real for you — so you can avoid getting snared, keep your loved ones safe, and help them escape if they fall victim to these crimes.

My father was a smart guy, a successful and well-respected psychoanalyst. By the time he turned 70, he was married for the third time to a woman who loved him dearly.

But, like many people who grew up during the Great Depression, he was very preoccupied with money. He never felt like he had enough. He was always looking for better, faster ways to make more.

And that’s how the scammers got my father: By preying on this impulse. He received an email — from some supposed prince, politician, or banker — offering him a hefty percentage to help move a huge amount of money from one country to another. He agreed, and this set in motion a cascade of events that derailed his life.

How the Scams Work

After my father agreed to help move this money, his “contact” said the plan had hit a snag. A corrupt customs agent demanded a bribe to release the funds. Could my father please send a few thousand dollars to resolve this obstacle?

Given the prospect of earning millions, my father felt this was a small price to pay. So he sent the money. Then there was another “setback,” and another, and another. While the funds were supposedly getting closer and closer to my father’s bank account, they never materialized.

Going From Bad to Worse

Because my father had responded to this one “business opportunity,” he started getting more and more. Often these invitations supposedly came from well-known public figures, like former U.N. Secretary-Generals Kofi Annan and Ban Ki-moon. (Pro tip: If you get an email from “ban_ki-moon@gmail.com,” it’s probably not legit.)

At one point a scammer said he was going to wire $30,000 into my father’s bank account, and that my father should then transfer it to a different account. The funds seemed to arrive; my father wired them to the other bank; and then it turned out the money had never actually appeared in his account. Now he owed his bank that amount of money.

Over 20 years, my father lost about three million dollars to these scams — exhausting his savings, going into debt, and borrowing money from relatives and friends. No matter how many times he didn’t get the money he’d been promised, he fell for the scams again and again.

How We Tried to Save Him

When we became aware of my father’s obsession, my siblings and I begged him to stop. So did his wife, whose financial security he was compromising. We pointed out all the logical reasons why these had to be scams and couldn’t be trusted. He responded by either getting defensive or agreeing to stop — while continuing behind our backs.

My brother took my father to the FBI to file a criminal complaint. We hoped his debts would be forgiven and he would turn over a new leaf. Nope! The scams continued.

His wife threatened to leave him if he didn’t stop. Nope! Eventually she divorced him. The scams continued.

Finally, I pursued and acquired financial guardianship. My father could no longer access his bank accounts or credit cards, or complete any financial transactions whatsoever. I paid all his bills.

Occasionally he still tried to find ways to send money to the scammers, who continued calling him every day. If I hadn’t become his guardian, I’m convinced he would have ended up homeless.

As my father aged, he showed more and more signs of cognitive decline. In 2019, I moved him into a memory care unit. He died in December 2020 of vascular dementia.

The Moral of the Story

When someone begins experiencing cognitive decline, often one of the first things they lose is the ability to tell when something is “too good to be true.” The person may seem completely rational and competent in all other respects. But they become more gullible, especially when someone is telling them something they really want to hear.

The first step in avoiding scams is to be aware that they exist. There are countless kinds of scams out there, and the scammers are always finding new and creative ways to hoodwink us.

The National Council on Aging (NCOA) warns you to be skeptical about all unsolicited offers and do some research before taking any action. And never give your credit card, banking, Social Security, health insurance, or other personal information over the phone unless you initiated the call.

Listen to the Federal Trade Commission (FTC), and resist the pressure to respond immediately. Before you do anything else, talk to a friend, family member, or neighbor. Discussing the situation with someone could help you realize it’s a scam.

Protect the People You Care About

And keep an eye on your loved ones. Watch out for these warning signs that they may be falling victim to a scam:

• Unusual recent changes in their financial accounts
• Suddenly appearing confused, unkempt, or afraid
• Unpaid rent, mortgage, utility, or other essential bills
• An unusual number of phone calls from strangers
• A sudden lack of money
• Being secretive about their finances

Take it from me: Once someone starts falling for scams, it can spiral out of control. It’s best to intervene immediately, before any (more) damage can be done. Hopefully, they will listen to you. I wish my father had listened to me.

I work for Independence Blue Cross as a senior copywriter. I enjoy building the company’s relationship with its members through communications that are clear and personal. When I’m not at work, I’m writing rock songs and singing in a band, collaborating on a musical adaptation of a well-known comedy play, and trying to parent two teenagers who are much cleverer than I am. My pronouns are “she” and “her.”