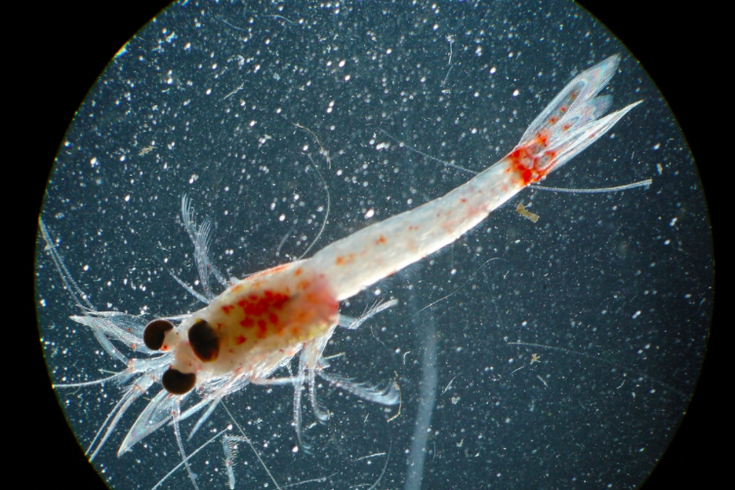 Hemimysis anomala, an invasive shrimp species from eastern Europe and Asia, has been found in Lake Erie in Pennsylvania. The species could potentially upset the lake's ecosystem.

As if the scourge of the spotted lanternfly hasn't been troublesome enough for Pennsylvania, a new invasive species has been positively identified in Lake Erie.

A native of the Black, Azov and Caspian seas in eastern Europe and western Asia, Hemimysis has turned up in recent years in all of the Great Lakes except Lake Superior.

Until now, the species had not been found in Pennsylvania's portion of Lake Erie. While biologists assumed it might be in Pennsylvania waters, it had only been collected near Dunkirk, New York, and Ashtabula, Ohio.

A group of students at PSU Behrend were studying the potential uses of environmental DNA, or eDNA, to identify invasive species when they found the shrimp species.

“It’s traces of DNA, basically, like what you might find at a crime scene,” said Ivor Knight, a professor of biology at Penn State Behrend. “Hemimysis are small — maybe 2 or 3 mm long — and their bodies are mostly clear, so it isn’t easy to see them in the water. Testing for eDNA could provide evidence that the shrimp are or recently had been in a sample of water.”

With a $177,000 grant from the Great Lakes Protection Fund, Knight and his colleagues are hoping to develop a method of using eDNA to quickly test the ballast water in ships to determine if it is carrying potentially invasive species that could be released into new bodies of water.

While conducting tests associated with the grant, Knight's students were having trouble obtaining enough Hemimysis samples from Michigan. They decided to try the water in Pennsylvania, taking samples from a rocky lake shore at Erie's Lampe Marina.

The students were told Hemimysis were easier to find at night, so they went out in the dark hoping to collect samples. They found a swarm on their first attempt.

“In the light from the red headlamp, their eyes glow, like little taillights in the water,” said Emily Dobry, a Behrend graduate student. “You can’t see their bodies, but you see their eyes. We knew immediately that we’d found them.”

The U.S. Fish & Wildlife Service considers Hemimysis a "high-risk" species because they reduce the algal and zooplankton biomass in lakes and reservoirs. This ends up altering feeding patterns for larger species including fish.

With the confirmed discovery in Pennsylvania waters, researchers can now assess what kind of threat Hemimysis may pose to the ecosystem in areas where it has become established.