Investigation: Did a Britney Spears song help reduce unemployment in the U.S.? 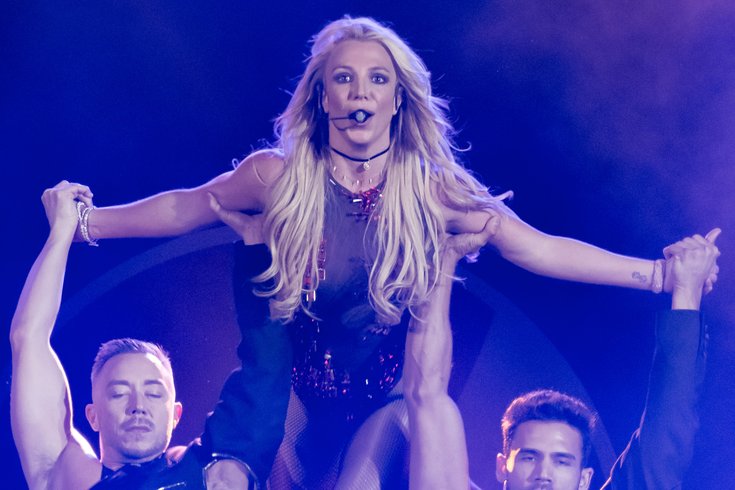 Britney Spears performs at the 2016 Jingle Bash in Rosemont, Illinois. The unemployment rate in America had already been falling for several years since she released 'Work Bitch.'

In September 2013, pop diva Britney Spears released the all-time banger “Work Bitch” for the world to hear. Things have not been the same since.

In a certain sense, Americans connected with the track and its high-octane celebration of hot bodies, Bugattis, Maseratis, sipping martinis, living fancy and calling a big mansion home. What resonated, of course, was supercars and big houses are the benefits of hard work and a commitment to effort.

This week, however, a Tweet regarding Ms. Spears’ song positioned it in an entirely different light. In particular, it’s being presented as a harbinger for unemployment in the United States – an often-heated political weapon or defense shield – being on a downward trend.

The Tweet from @gloryoso is magisterially straightforward. It’s a simplistic fever chart that tracks the unemployment rate from 2013 through today.

“Britney Spears releases ‘Work Bitch’, 2013” it reads with an arrow pointing to that year’s unemployment level.

What’s unmistakable is the downward trend from that point forward.

According to data from the National Conference of State Legislatures, the national unemployment rate in September 2013 was 7.2. Last month, the rate was 3.7.

In other words, the unemployment rate in the United States has nearly been cut in half since “Work Bitch” was released.

And in other other words, there is an argument to be made – from a position of being completely uneducated in matters of economics, and not even entertaining the notions that the policies put forth by Presidents Barack Obama and Donald Trump contributed to said reductions – that this is all Britney’s doing.

Sure, that’s one heck of a caveat to wield.

And sure, the rate had already been steadily declining on a monthly basis since the Great Recession Era’s 10.2 percent in October 2009.

But whatever. Just enjoy the song and let it inspire you to work, folks.