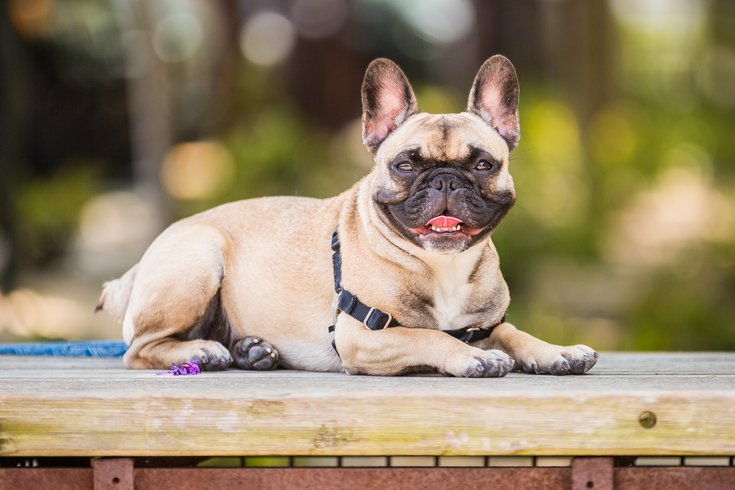 A dog waits for its owner outside a building at the Navy Yard in South Philadelphia.

Thanks to "confusion" by all parties involved in the case, a Pennsylvania man was wrongfully denied unemployment benefits because of a single day he had worked at a part-time job, according to a decision from a Commonwealth Court panel of judges.

In the decision filed by a three-judge panel Monday, Judge Robert "Robin" Simpson wrote that Gero von Dehn had been deemed ineligible for benefits because the Commonwealth's Unemployment Compensation Board of Review had made an "error of law."

According to court records, von Dehn obtained union membership with the International Association of Theatrical Stage Engineers in September 2016. For three months, he worked full time, plus overtime, as a stagehand building television sets for an entertainment company.

In December 2016 he was laid off, but he expected to be recalled by the union for full-time work in January 2017.

From 2013 to 2016, von Dehn worked part-time at Camp Bow Wow, a daycare facility for dogs with locations in Pennsylvania. After getting laid off at his union job, he worked a single, four-hour shift at Camp Bow Wow — the only shift he worked at the daycare over the span of nine months.

Because he thought he would be recalled to full-time work in January 2017, and because the daycare required advanced notice for scheduling workers, von Dehn told Camp Bow Wow they shouldn't give him any future shifts.

However, there were delays in the production of the television show von Dehn expected to work on, and he didn't return to full-time employment as planned, so he applied for unemployment benefits in January.

On his application, von Dehn listed both the union and Camp Bow Wow as his employers. Initially, he was granted benefits. But after Camp Bow Wow challenged the percentage of the benefits they were required to pay, a referee ruled von Dehn was ineligible because he left the daycare voluntarily.

The referee concluded von Dehn failed to provide a "necessitous and compelling" reason to quit Camp Bow Wow. He appealed to the board, explaining that he had applied for unemployment benefits because he had lost his full-time employment with the union.

“I’m confused as to why Camp Bow Wow is even a part of this [UC] process any more than [a] pizza job I had years ago," von Dehn wrote in an email to the board while appealing the decision.

Nevertheless, the board denied von Dehn's appeal and upheld the referee's decision, ruling him ineligible for benefits.

In denying his benefits, the board incorrectly took into account his employment at Camp Bow Wow, Judge Simpson wrote in the panel's decision. Simpson noted that at his union job, von Dehn made an hourly wage of $26.50, plus overtime. Meanwhile, his total wages for 2016 at Camp Bow Wow were $74.39.

In order to deny someone unemployment benefits because they voluntarily left a part-time job, the board must show that the amount earned would have affected that person's eligibility for benefits. The board failed to do that, Simpson wrote, and even if they did calculate von Dehn's part-time earnings the number wouldn't have come close to the threshold needed to justify a denial of benefits.