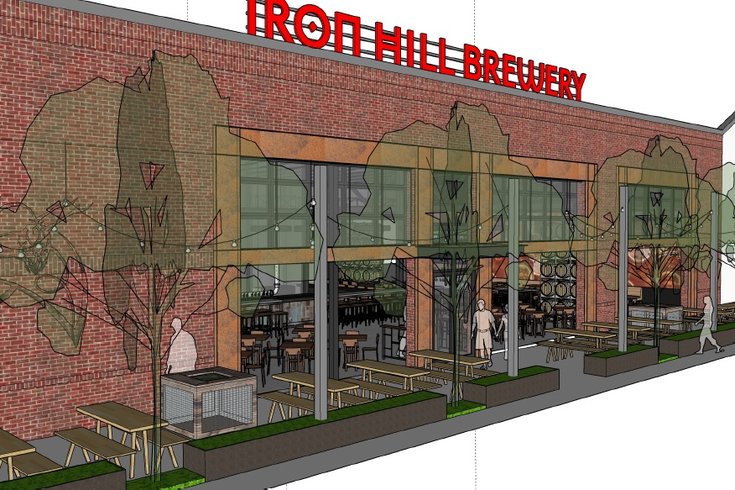 Rendering of the new Iron Hill Brewery & Taproom opening in Exton, Pennsylvania in 2020.

The Chester County facility, officially called Iron Hill Brewery & Taphouse, is expected to open sometime next summer at The Shops on Eagleview Boulevard.

According to Iron Hill, the new facility will significantly increase the brewing capacity of the company.

The Brewery & Taproom will do all the canning for Iron Hill's signature beers and also will serve as a test kitchen for future companywide menu offerings.

Exton's Iron Hill Brewery & Taproom is part of the company's "20 by 20" goal, in which Iron Hill plans to have 20 operating locations by the close of 2020.

Iron Hill currently has 16 locations – including one that opened last year on Market Street in Philadelphia. The 17th location is expected to open next spring in Newtown, Pennsylvania.