Is Matt Rambo the greatest lacrosse player to ever come out of Philadelphia? 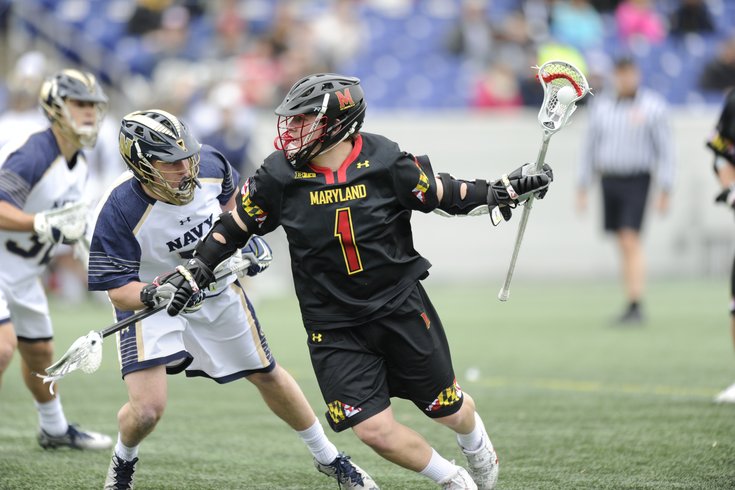 Matt Rambo wouldn’t be Matt Rambo if during one of the most rewarding moments of his life he didn’t do something memorable. Rambo was one of five finalists for the 2017 Tewaaraton Award — college lacrosse’s Heisman Trophy — standing there on stage last Thursday before a huge crowd at the Smithsonian Institution’s National Museum of the American Indian in Washington D.C.

When they called his name as the winner, Rambo, the two-time Maryland All-American from La Salle High School, walked up to the podium to give his acceptance speech.

There was just one problem — Rambo forgot to pick up the heavy wooden-based Tewaaraton.

“I didn’t know what to do, so they called me back to get the trophy,” recalled Rambo, laughing. “I was kind of numb hearing my name called. On a personal level, I didn’t think anything like this was supposed to happen to me. I thought by the time I got out of Maryland that I could be on a team that could win a national championship. What happened to me, what happened at Maryland is something that won’t sink in for a while — and something that I’ll never forget. It changed my life.”

Rambo wasn’t supposed to last at Maryland, let alone excel and graduate. He’s done a lot of growing up and now he’s recognized as the nation’s best lacrosse player, arguably the greatest player in the history of the storied Maryland program and he could be the best lacrosse player the Philadelphia area has ever produced.

He’s going to turn 23 next month and he’s already a lacrosse legend in the area.

“I knew the talk that people (from the Philadelphia lacrosse community) didn’t think that I would last at Maryland, they thought I’d flunk out or get in some kind of trouble there,” said Rambo, who did have to overcome some off-field trouble stemming from an altercation in College Park back in October 2014. “But I know who I am and there will always be haters out there criticizing. I heard it. I used it as motivation. Someone is always going to say something.

“In time, it didn’t really bother me. I didn’t care. It gave me that edge to prove people wrong. I did a lot of growing up, and that came from La Salle and the people at Maryland. The older I got, the more responsibility they gave me. I was able to handle it.”

He led Maryland to the No. 1 overall seed and Big Ten Championship for the second straight season. He was the 2017 Big Ten Offensive Player of the Year and two-time USILA All-America selection. Competing against the nation’s top-ranked strength of schedule, Rambo led the Big Ten in both points (4.5 per game) and assists (2.2 per game). He finished his senior year with 42 goals and 45 assists for a prodigious 87 points, capping what’s turned out to be an illustrious career at Maryland.

Matt is the all-time points leader, and being the first to win the Tewaaraton was big, too, but winning the NCAA championship places Matt in a special area.

A career that wouldn't have been nearly as successful without Rambo's combination of natural skill, hard work and ability to deliver when his team needed him the most.

“There were a number of things that make Matt special," Maryland head coach John Tillman said. "Obviously, he has some natural gifts. He’s a big, strong, powerful guy. He has great instincts and he developed a very strong skill set, which is a tribute to his hard work. When he’s on the field and playing, he’s very competitive. I think the things that helped Matt was the bigger the moment, the bigger Matt played.

“He was never afraid of the big moment. He relished that. The great players all have that, and to me, somewhere along the way, whether it was his family, his Dukes club team, his coaches at La Salle, it’s something he picked up. It wasn’t arrogance or cockiness, it was this confidence that when his team needed him, it was Matt saying, ‘I got this guys, follow me.’ He was never intimidated by the moment."

Last month, Rambo graduated with a degree in American studies. He’ll be pursuing a professional career in the sport and was drafted No. 3 overall by the Charlotte Hounds of Major League Lacrosse, after a senior year in which he became Maryland’s first Tewaaraton winner, the Philadelphia area’s first Tewaaraton winner, and closed his career as Maryland’s all-time points leader with 257 points (155 goals and 102 assists).

More importantly, he was the offensive hub on a team that reached four straight Final Fours and finished by winning Maryland’s first NCAA championship this year, breaking a 42-year spell, dating back to when Frank Urso, Garnet Valley’s head lacrosse coach and another Maryland lax legend, led the Terrapins to the 1975 national championship.

“That’s what meant the most to me,” Rambo said. “What I’m going to miss most is being with the guys. We had a great team that could laugh at each other and really enjoyed being on the field together. It’s all about the hard work we put in for a common goal. We knew the pressure we were facing, but this was a group that could laugh and not take too many things seriously. That helped us.”

And according to his coach, in addition to a knack for delivering in the clutch, Rambo also has a sense of humor that helped cultivate his team's easy-going attitude.

“Matt has a playful nature about him, and it’s probably why the young guys gravitated towards him," Tillman said. "For a guy who has built a really strong reputation as a very good player, Matt measured people of whether they were good people or not.

"We spend a lot of time together. It is a long year and having those moments when Matt made us all laugh, that helps the journey. He had a good sense of lightening the mood, but never really crossing the line. He never made it a clown show. 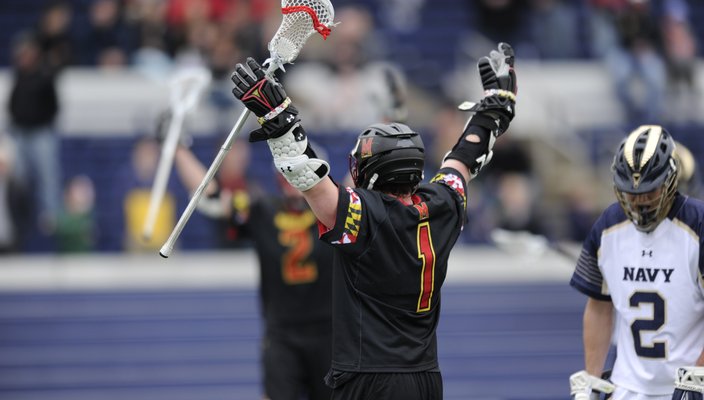 Matt Kinnear, the editor-in-chief of Inside Lacrosse, has seen the maturation of Rambo in his four years at Maryland, and has known him since he played locally for La Salle. Kinnear places the Glenside, Pa. native in the discussion of the greatest players to ever come out of Maryland.

And that's some high praise for an everyman with a blue-collar upbringing trying to make it in a sport that's perceived to be elitist.

“Matt was the one who was able to bring a national championship back to College Park after 42 years, so that’s a big chip in his corner when it comes to talking about the greatest players that have ever played at Maryland,” Kinnear said. “Matt is the all-time points leader, and being the first to win the Tewaaraton was big, too, but winning the NCAA championship places Matt in a special area.”

Coming out of La Salle, there was a big debate who was the No. 1 recruit. Rambo was so highly thought of throughout his high school career, but when he got to college, Inside Lacrosse ranked Rambo No. 2 behind Jordan Evans of Syracuse. A big part of that really had to do with the type of player Rambo was. Compared to Evans, Rambo’s skill set seemed limited — at that point. Evans was more your prototypical quarterback, whereas Rambo was able to overpower kids at the high school level.

Would his game translate to the major college level?

Matt’s certainly in that argument with the greatest players to ever play in the Philadelphia area, and he’s a legend...

“Matt added so much to his game, where people weren’t sure whether or not he was able to do that,” Kinnear said. “That’s what has been the most remarkable part of Matt’s career. He became more than a guy with a big shot and a big body. His vision has improved greatly every year, and he was able to feed. And his personality became his greatest strength. Matt can be kind of goofy, he’s a gregarious, laid-back personality and it’s what this Maryland team needed. That’s been a key asset for Matt and the program.

“You really saw with Matt someone who grew from a high school kid into a grown man in his four years at Maryland, and that couldn’t have shown any more than in Matt’s interactions with Fionn Crimmins (a 7-year-old batting Acute Lymphoblastic Leukemia). Matt was Fionn’s hero. Whose jersey number did Fionn wear? Matt’s No. 1. He proved to be the character guy—and when it mattered most, he was the key leader on that team.”

Maryland lacrosse is on the same pantheon as Michigan or Ohio State football, Duke or Villanova basketball, an in-crowd program where things are taken seriously.

“Matt’s certainly in that argument with the greatest players to ever play in the Philadelphia area, and he’s a legend that is in the argument with Brian Dougherty (Episcopal Academy, Maryland—1995 NCAA Tournament MVP), Billy Miller, out of Episcopal, a world-team player, Tucker Durkin (La Salle and Johns Hopkins)” La Salle coach Bill Leahy said.

“Matt is definitely in that category of great player to ever come from this area. You’re a Tewaaraton winner—that’s big stuff, especially when you’re the first, like Matt.”