A slice of Italy in the City of Brotherly Love 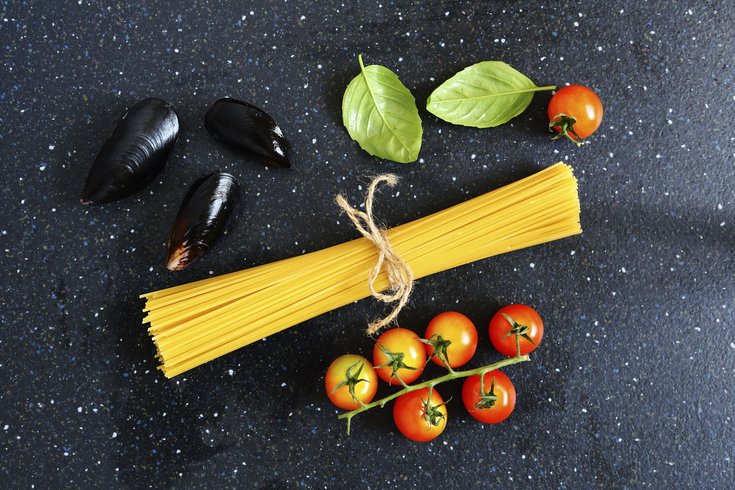 It’s no secret that Americans love Italian cuisine. In its lowest form, pizza joints and pasta chains snake across the country. In its highest, traditional Italian markets keep centuries-old recipes alive. That’s why Italian has become Philadelphia’s latest culinary trend. Following the gastropub and vegan booms of years past, the region has been experiencing its own Italian Renaissance.

Chef Joe Cicala says we’ve always loved Italian food, but that our definition of it has expanded. “The American palette has changed in the past decade. Americans … have a better idea of what Italian cuisine is,” Cicala said. “It’s super micro-regional, Italian cuisine. That’s what I love about it."

It varies from province to province, which explains the increasing yet diverse Italian options near Philly, including Cicala's own Brigantessa. None of the restaurants below existed two years ago, but there’s room for more.

The Capogiro team is at it again, doing for pizza what they did for delicious gelato. Focusing on the Neapolitan style and a long-fermenting crust, Capofitto serves up quality gourmet slices. They’re going the extra mile, too, serving breakfast, lunch and dinner with Italian craft beer, La Colombe Coffee, and their signature dessert.

This latest venture from Cicala is called a forneria, where everything revolves around their handmade, wood-fired oven. The cuisine here is inspired by southern Italy, with touches of Abruzzo, Sicilia, Napoli infused in the entrees, desserts and pizzas. Cicala’s place is just one of three newbies on East Passyunk Avenue adding Italian seasoning to the street.

Marc Vetri, Jeff Michaud, and Brad Spence, the creative minds behind the Vetri Family’s next endeavor, form a trifecta of Philly celebri-chefs. Combining Italian dishes with barbeque traditions, Lo Spiedo houses both a 6-foot rotisserie and Vetri’s signature pasta. In short, it’s a welcome, if unexpected, addition to The Navy Yard.

Gene and Amy Giuffi of Cochon BYOB have replaced their Blue Belly BBQ with a pizza joint making Sicilian-by-way-of-Brooklyn pies. It may seem less ambitious than some of the others on this list, but in this case that’s a good thing. They’re keeping the menu short and sweet so they can focus on the food.

New Jersey’s Luke Palladino brings his Italian know-how across the state line with this restaurant, which opened in December. Palladino has done Italian flavors ranging from rustic and classic, to street-food style. His EPA spot is a return to the steakhouse but with a broader price range than his LP Steak in Northfield, N.J.

The successful Pietro’s family style dining experience headed to the suburbs in its latest iteration. Though their coal oven pizza recipe (handed down the family line for over six decades) gained a following in the city, the Radnor pizzeria is brick oven based. Go ahead and compare both styles, but either way, good pizza is good pizza.

On the spectrum of restaurants on this list, Forcella is definitely on the fine dining end. The tiny dining room – some might call it quaint – makes for an intimate experience. Better still, Chef Anthony Pasceri, formerly of Modo Mio and Popolino, certainly knows what he’s doing in an Italian kitchen.

Have Marcie Turney and Valerie Safran taken over all of Midtown Village yet? When they’re at their best, Turney and Safran turn restaurant dining into an experience. The cuisine here is Italian-American and the layout includes an open kitchen and an outdoor garden for maximum ambience.

If there’s anything college students like more than fast food it is pizza. So, it only makes sense that a Zavino sequel opened up next to Shake Shack at Drexel University’s Chestnut Square. Their fine-tuned topping pairings and cheese plates make pizza parties look like child’s play.

In April, Spitalieri’s was rumored to be starring on a new Food Network pilot. The series was (and still is) very hush-hush, but it helped South Philly’s Joanna Spitalieri cook up some buzz for her first restaurant. Armed with her mother, Jeanie, as her partner, Spitalieri’s BYOB already has plenty of fans.

Its location in the Museum District makes the Vetri Family’s version of a pizzeria a perfect tourist stop. Of course, a Vetri pizzeria isn’t just a pizzeria – it’s a wood-fired factory of scratch-made pies and more. GQ even named it one of the Best New Restaurants in America of 2014 for its crust alone.

The creators of Pizzeria DiMeo’s in Roxborough have expanded to a BYOB in downtown Wayne. But Ardè isn’t just another, by the slice, takeaway kind of place. This ambitious concept combines wood-fired pizzas, salumi, a mozzarella bar and plenty of antipasti in an upscale joint with equally upscale prices.