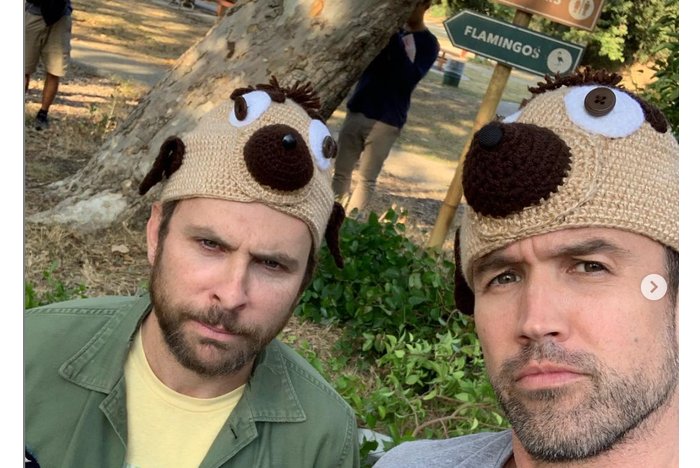 Rob McElhenney and Charlie Day have been busy on social media as the two work on the 14th season of FXX's "It's Always Sunny in Philadelphia", but their latest dispatch drops the pair extremely close to home: at the Philadelphia Zoo.

McElhenney took to Instagram on Tuesday afternoon to share two photos of himself and Day, dressed in meerkat hats, captioned "Da Meerkats."

The photo and the caption don't reveal too much about what exactly could happen in a theoretical "Always Sunny" episode at the zoo, but there's no shortage of ideas there. Sweet Dee ending up being attacked by birds would seem particularly fitting.

McElhenney has been dropping Philly-related posts over the past couple weeks that have us thinking this next season could be one of the most Philly-centric in a while. Last week, he posted a photo of Kaitlin Olson at the Philadelphia Museum of Art, and the week before he posted a photo of himself, also at the Art Museum.

Ultimately, this could all be misdirection, or it could just be McElhenney documenting some tourist-y stuff he and the cast did while visiting Philadelphia. We don't know!

What we do know is that the 14th season is incoming, and we'd all better prepare, because McElhenney said things are going to be "weird".

If you have a strong desire to be a featured extra in the show, today is your last day to enter the cast's contest for a chance to win a trip to Los Angeles.