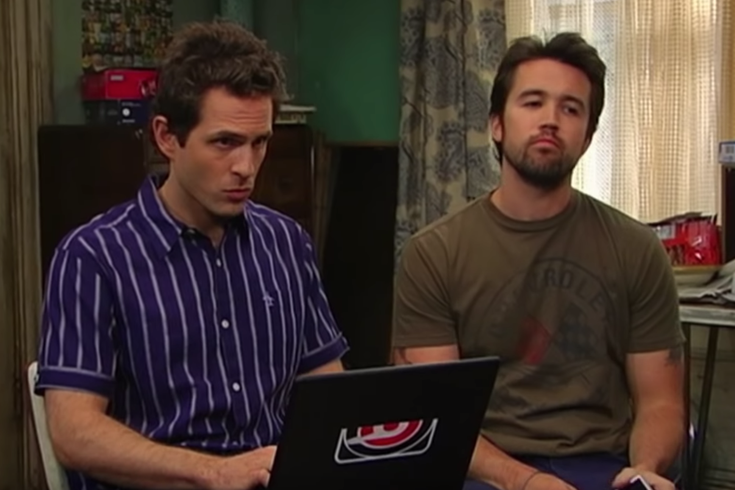 Charlie creating a dating site with Mac and Dennis is an "It's Always Sunny in Philadelphia" classic.

Superfans of TV shows often debate a series’ best season, character, and even scene, but it’s not common to hear straight from the cast about their favorite parts of a show.

On Tuesday, FXX shared a chat with cast members of “It’s Always Sunny In Philadelphia” in which Charlie Day, Rob McElhenney, Kaitlin Olson, and Danny DeVito each choose one of their favorite scenes from the show’s extremely deep 13 seasons.

It’s worth a watch, if only to relive some of the show’s truly elite highlights:

Day’s choice is an all-timer, a no-brainer, and one of Charlie’s greatest moments on the show. McElhenney’s choice surprised me, but the story behind it makes the scene substantially more funny. Olson’s pick is a good nod to her character’s development over the course of the show, and to another classic episode from earlier in the series. And DeVito’s choice is pretty solid, when you consider the way the rest of the episode goes.

MORE CULTURE: Will Smith talks 'Aladdin', finding Genie with the help of Questlove

I wish we had a pick from the fifth member of the Big 5, Glenn Howerton, for completion’s sake, and also out of general curiosity. I’d like to imagine it would be Dennis explaining the D.E.N.N.I.S. method, or maybe the scene where he has his tools:

Howerton’s absence isn’t a surprise, though. He’s started to distance himself from the show since taking on the lead role in NBC’s “A.P. Bio”, but he promised “Always Sunny” fans that the show’s 14th season — which is, indeed, happening — will feature more Dennis.