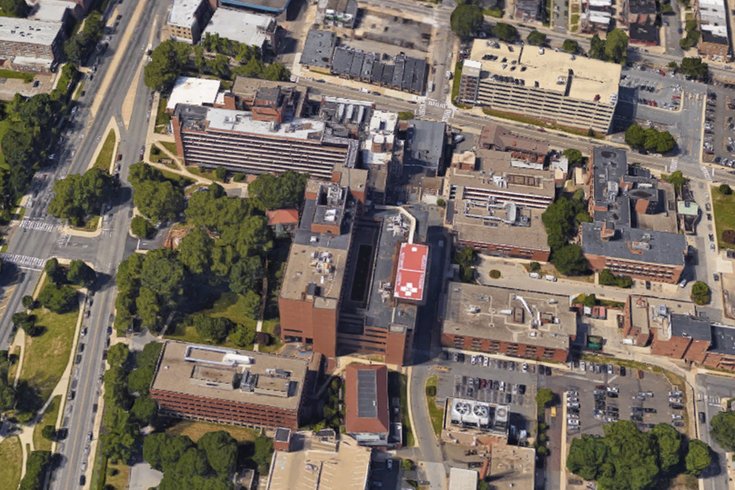 The Einstein Medical Center campus in the Olney section of North Philadelphia.

The expanding Jefferson Health system will further extend its regional footprint on Wednesday when officials formally announce a planned merger with Einstein Healthcare Network, a move that will create the largest medical residency program in the greater Philadelphia area.

Both organizations revealed Wednesday they have signed a non-binding letter of intent to complete the merger.

The combination follows Jefferson's mergers with Philadelphia University and Magee Rehabilitation, setting the stage for a much larger clinical academic enterprise with Einstein and MossRehab.

“At the new Jefferson our mission is to improve lives. To bring Einstein, with its history, quality and values, into the family brings us closer to that goal,” said Stephen K. Klasko, president and CEO of Thomas Jefferson University and Jefferson Health. “As two academic medical centers that have embraced a no-limits approach to a very different future, we are a perfect match.”

For Einstein, the merger comes after establishing a greater presence outside North Philadelphia, with a dozen new regional outpatient care centers and dedicated facilities in both Elkins Park and East Norriton. The network now trains more than 3,500 health professional students and 400 residents every year.

“This merger would enable Einstein to continue living its mission of providing high-quality care with humanity, humility and honor, and also provide opportunities for growth and expansion currently out of the organization’s reach,” said Einstein president and CEO Barry R. Freedman. “Both Jefferson and Einstein are aligned in our belief that together we can redefine how patient care is delivered, how health professionals are educated, how research discoveries are brought to patients, and how the health of our communities can be improved.”

Nurses at Einstein's main campus in North Philadelphia reacted to news of the merger with hope that staffing levels remain adequate and existing contracts are honored.

"We worked hard to win better standards for the community we serve in North Philadelphia," said Peg Lawson, co-president of Einstein Nurses United. "We expect that Jefferson-Einstein will uphold our contract, and we expect that they'll listen to nurses on the front lines and treat us as partners in delivering quality care."

Pending Wednesday's official announcement, Jefferson and Einstein plan to enter a period of due diligence for both organizations to examine each other's operations before signing a definitive agreement.