He's played an agent and a wing-man, and now the 'Entourage' star regales us for two nights of comedy at Punch Line 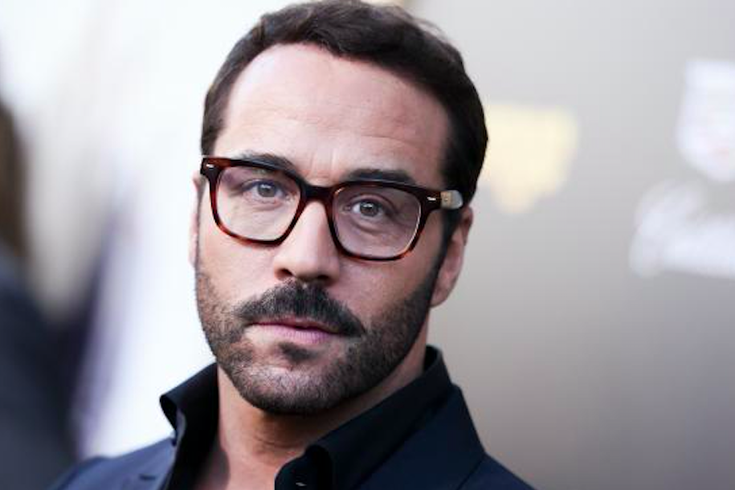 Courtesy of the artist /for PhillyVoice

Jeremy Piven is touring around as a stand-up comic, a switch from his usual job as an actor of renown in series such as “Entourage” (for which he won several Emmys playing the notoriously sleazy Hollywood agent, “Ari Gold”), and films like the upcoming “All-Star Weekend,” with Jamie Foxx and Robert Downey Jr. So, of course, there is some skepticism: When Piven hits Punch Line Philly’s comedy club this weekend, for five shows between Friday and Sunday, can he pull it off?

For those who question his ability to make an audience laugh as a solo stand-up, check the evidence of Piven’s jokes-making debut, at 2008’s Just For Laughs fest in Montreal, where he seemed as comfortable as a Seinfeld, and as solid as a Rock.

“And that would be 1,000% false,” said Piven from his Los Angeles home office.

“I’m telling you something I never told anyone. My buddy – an actual comic – came with me for moral support, as I didn’t realize the magnitude of what I’d gotten myself into in Montreal. The night before, we took a look at the venue, and it is enormous. So he suggested we find out what was expected of me from the bookers, as my agent never told me. The bookers said, ‘The usual, straight 20 minutes, with a five-minute wraparound before each additional comedian.’ My buddy stopped and went white.

"So he told me to just remember, ‘Tell a story.’ He knew I could do that. Then he planted himself in the audience to make several distractions. He told me to use the stories as my through line, and to help me, as an actor, to perform in front of that audience. One cannot learn to do stand-up in one night. Thank God ignorance is bliss, so that the green me just went for it.”

“What I know is that I was lucky enough to crawl on stage with my family at the Piven Theater in Chicago doing Chekov at age 8,” he said.

“I did scene study, sketch, improvisation and all forms of theater. My first job out of college was touring with Second City. I’ve acted my whole life, and feel as if all roads in my life have led to stand-up. I wouldn’t dare do it if I couldn’t do it right. I have too much respect for it.”

One thing that is helping Piven to do stand-up is that, as an actor, he’s used to working the stage’s deepest elements as one would a muscle.

“I’ve been exercising that muscle for decades, so that when friends do give me notes, I assimilate them quickly. Comedians that I know and love believe that I will take their notes seriously. It is incredible to learn. It’s ego death, and that’s great.”

Piven now spends as much time at Los Angeles comedy hangouts such as The Dive and the Laugh Factory as he does film sets, and hones his craft doing jokes about his life, his family and his time in Hollywood. For him, these unbilled appearances are like going to the gym, where he is often humbled by those with more experience, lifting heavier weights.

Comedy is about addressing your truth...showing an audience who I am, and taking them on a journey.”

“And, yet, you never stop working out.”

Mention there are audience members who only think of him as “Ari Gold,” and he laughs. Mention, too, that we live in a world of news reports that find him accused of sexual harassment (which he has vehemently denied, and had lie detector tests that claimed to have proven him innocent), and Piven grows serious.

“Smooth sailing does not make for good sailors,” he said.

Either way, he is a changed man.

“When it comes to hearing ‘Ari Gold’ when out – look, I have been in your living room for eight seasons, and one movie, as that character. That’s nearly a decade of being with you guys, and I address that confusion. Comedy is about addressing your truth...showing an audience who I am, and taking them on a journey.”

For more information on An Intimate Evening with Jeremy Piven and Friends at Punch Line Philly, click here.