Asbury Park, Cape May earn praise for their character and progression 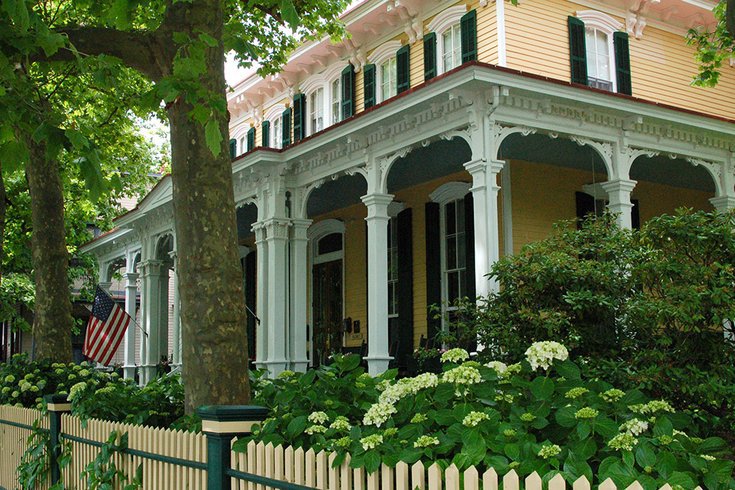 TravelMag identified Cape May among its 30 most charming beach towns in the United States, citing the unique Victorian-era architecture that separates it from many coastal communities in New Jersey and the rest of the country.

Any time a positive blurb about the Jersey Shore frames its praise around overcoming "a sleazy reputation," it's hard not to wince at what's about to follow.

But two Jersey Shore towns have made it into TravelMag's 2020 list of the 30 most charming beach towns in the United States.

The coronavirus pandemic has made it a tough year for vacations. In Philly, public health officials have strongly recommended against going to the Jersey Shore, where social gatherings have been linked to increased transmission of the virus, according to the city's contact tracing data.

Putting the torment of 2020 aside, Cape May and Asbury Park have been recognized for "their diversity and natural beauty," as well as the charm the two towns have developed over time.

Here's what TravelMag had to say about Asbury Park:

Jersey Shore has today gotten itself a bit of a sleazy reputation, but few people realize that it is made up of 140 miles of direct coastline with plenty of diversity. For example, Asbury Park retains the traditional charm of the 1930s Jersey Shore, such as the boardwalks, arcades and water parks. Although not immune to The Shore’s post-war decline, Asbury Park has managed to pull off the phoenix from the flames trick more than once. First the city became a music hub, where locals like Bruce Springsteen got his start on the stages of venues like the Stone Pony and Asbury Lanes. The Garden State Film Festival brings filmmakers to Asbury Park every year, while the LGBTQ+ world enjoys a welcoming community and vibrant nightlife scene here too.

In more 2020-flavored news, New Jersey Gov. Phil Murphy recently was called "a dictator" by a heckler in Asbury Park, and thousands have been left without power in Ocean County in the wake of Tropical Storm Isaias. But apart from that, Asbury Park previously has been called America's "coolest" small town by Roadsnacks, and The Asbury was named America's best new hotel by USA Today in 2017.

Also making TravelMag's list was Cape May, which received praise for its distinctive architecture:

At the southernmost tip of New Jersey’s coast is the characterful little city of Cape May, which offers a decidedly different waterfront flavor to many of its Jersey Shore counterparts. The Victorian-era architecture is often exquisite, earning Cape May the designation as a National Historic Landmark. A look back at the town’s past is best captured by the museum and main Victorian-era building of Emlen Physick Estate. A walk along Beach Avenue reveals some of the quaintest buildings in the state, while the Atlantic rolls in opposite. Cape May Beach has regularly been voted one of the best in New Jersey.

Is it charming when a swarm of bees descends on your beach towel in Cape May? How about Higbee Beach, which is said to front one of the world's most haunted bodies of water?

On the other hand, Cape May is completing a museum honoring the legacy of Harriet Tubman, and sunk a retired ferry to expand an artificial reef.

Both Asbury Park and Cape May are joined on TravelMag's list by perennial beach hotspots in Key West, Rehoboth Beach and Laguna Beach, as well as quieter towns such as Ogunquit, Maine and Wellfleet, Massachusetts.

While 2020 may not be the best year to head to the shore, a trip to Asbury Park or Cape May would be something to keep in mind when the times are more charming again.