Indoor dining delayed at restaurants until at least Sept. 1 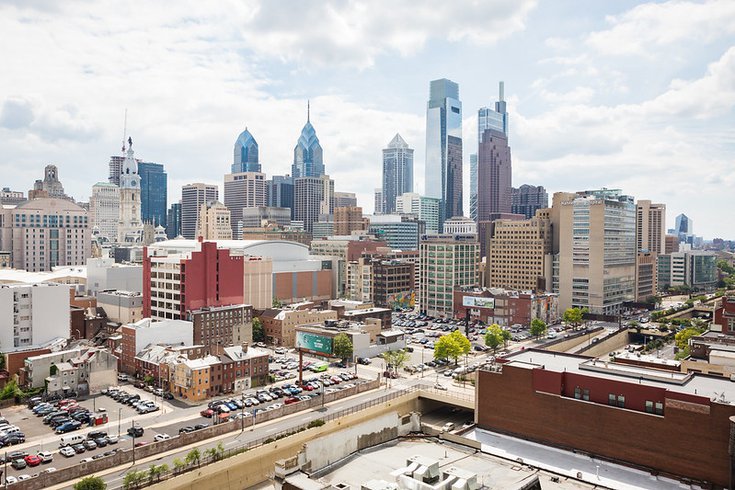 A second wave of coronavirus infections in Philadelphia has revealed that a growing number of positive cases of COVID-19 are coming from within families and during visits to the Jersey Shore. Contact tracers continue to gather data on how infections are spreading in the community.

Over the past week, Philadelphia has averaged 164 cases per day, up from 141 per day and 111 per day during the previous two weeks. Ongoing delays in reporting of positive results likely means that the current daily average is somewhat higher.

"There's no denying that there's a siginificantly increased trend in cases across the city," Farley said during Tuesday's coronavirus briefing.

Though Philadelphia has increased COVID-19 testing capacity from roughly 2,100 per day to 3,100 per day over the past two weeks, the percent positivity rate has remained stable around 5.2%.

The majority of new cases continue to be in younger adults, Farley said. Among the 142 cases reported on Tuesday, 36% are under 30 years old and 51% are under 40 years old.

Since the start of the pandemic, the city has recorded 29,945 cases of COVID-19 and 1,678 deaths, including 855 nursing home residents. There were no new deaths reported Tuesday.

Some of the most notable findings presented during Tuesday's briefing came from early data on the city's contact tracing program.

The new health department division, now staffed with 108 employees, has been reaching out to hundreds of Philadelphia residents each week. The group receiving these health department calls includes people with known COVID-19 infections and the contacts they identify who may have been exposed.

Farley provided a snapshot of the contact tracing program from July 19-24, with various data points shedding light on case trends in Philadelphia.

During this period, contact tracers attempted to reach 613 people with new COVID-19 diagnoses and publicly available phone numbers. Among this group, 55% completed the interview, 6% refused the interview and 38% have not been reached.

About one-third of those who completed the interview said they had no contacts or couldn't name anyone they may have exposed. Those who did report contacts yielded about 2.7 per case, and about 73% of those contacts were reached by the health department, Farley said.

Officials hope to see greater participation and trust in the contact tracing program going forward. Farley emphasized that the health department protects all information disclosed during interviews and does not use the names of positive cases when reaching out to their contacts, even if they guess correctly.

"Besides benefit to individuals, the contact tracing process helps us at the health department better understand how the virus is spreading in Philadelphia, so that we can tailor our overall response better," Farley said.

Below are some key findings from interviews with residents:

• 27% of cases traveled out of state during a time when they might have been infected. The most common travel site is beaches in New Jersey.

• 15% have traveled to other counties within Pennsylvania, outside Philadelphia. Case counts have risen in Montgomery, Bucks, Delaware and Chester counties in recent weeks.

• 48% of cases interviewed said they knew that they were exposed to someone else with COVID-19.

"The message of all this, to me, is that recognized exposure is common," Farley said. "Many people actually know that they're exposed to this infection and the most common source is people's relatives. That's a useful lesson for all of us in prevention."

While people tend to instinctively trust their family members more than strangers, Farley noted that this often means slacking on safety measures taken at work or while shopping.

Wearing masks at get-togethers with relatives and keeping distances would be a good practice, but the city recommends avoiding social gatherings across the board.

"We are prohibiting gatherings of more than 25 people indoors or more than 50 people outdoors, and we'll continue to do that," Farley said. "But you can have infections spread in gatherings that involve five people or 10 people, so we're recommending that people not participate in gatherings of any size."

The health commissioner said that the recent rebound of COVID-19 in Philadelphia is a consequence of how epidemics tend to unfold.

"The second wave has simply hit us right now," Farley said. "To a certain extent, epidemics like this work in waves that travel geographically. Between March and May, there was an epidemic wave that more or less started in New York City and then spread south and west, and hit Philadelphia on the way. Then, after southern states reopened too quickly and too recklessly, there's a second wave that started there and is spreading north and east from there. That wave has just arrived in Philadelphia."

Given that it's here, Farley insisted COVID-19 transmission from relatives and social gatherings are both areas of growing concern. More than going to the beach itself, it's the car rides and interactions during the trip that appear to spread the infection.

"We need to reiterate our recommendation not to travel to the beach," Farley said. "Again, it's not swimming that puts the risk there. It's the socializing that occurs at beach trips that puts people at risk."

There are signs that the second wave of COVID-19 seen in states such as Arizona, Texas and Florida is beginning to slow down, but Philadelphia will continue to take heightened precautions as cases mount across the region.

To that end, the city will again delay the opening of indoor dining at Philadelphia restaurants until at least Sept. 1. The School District of Philadelphia similarly announced its intent to delay all in-person classes until at least Nov. 17, revising its initial hybrid plan for the start of the school year.

The health commissioner also addressed the COVID-19 outbreak among at least 17 members of the Miami Marlins organization. The Marlins, who played three games in Philadelphia last weekend, remained in the city to conduct their own testing and contact tracing to evaluate how to best move forward.

Farley said he has been in touch with both the Marlins and Phillies. The health department will continue to monitor the situation, but the city does not have plans at this time to shut down baseball games at Citizens Bank Park, as long as teams adhere to MLB procedures and protocols.

Mayor Jim Kenney credited the city's stringent efforts to contain COVID-19 as Philadelphia deals with the second wave of infections.

"Other states, frankly, have done a terrible job," Kenney said. "And as we saw yesterday with Major League Baseball and the Phillies, that has affected all states and cities. I think we've done a good job over the past several months containing the virus, but COVID-19 is not gone."