Marlins have coronavirus outbreak, are stranded in Philadelphia

The Phillies are supposed to host the Yankees tonight... will they? 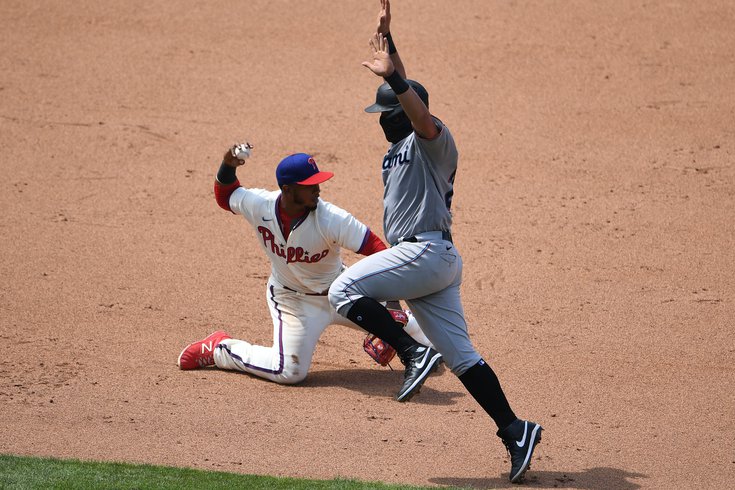 The Marlins have a coronavirus outbreak.

It's a tale of two methodologies.

The NBA and NHL are in bubbles right now, playing preseason games to prepare for their resumed 2020 seasons after weeks of testing and quarantining.

Major League Baseball has kind of just closed its eyes and hoped, playing games in home stadiums without isolating its players and staffs.

It's reached a critical point — just three games into the season now — as reports say the Marlins have several players and coaches who tested positive in Philadelphia last night after beating the Phillies 11-6.

Eight more players and two coaches with the Miami Marlins have tested positive for COVID-19, as an outbreak has spread throughout their clubhouse and brought the total of cases in recent days to at least 14, sources familiar with the situation tell me and @JesseRogersESPN.

Eight "more" players, as before the series finale at Citizens Bank Park four Marlins players tested positive and were pulled from the roster, including their starting pitcher just an hour before first pitch.

Now, 12 of the Marlins 30 players who came to the city have coronavirus, and the team has not been cleared to leave the city.

Developing situation in Philadelphia. Miami Marlins charter home this AM has been cancelled, after it was rescheduled from yesterday due to COVID testing. #JuntosMiami supposed to play Orioles tonight in home opener. #Marlins pic.twitter.com/nBguj9e1Md

Their game Monday night in Miami against the Orioles has been postponed, raising a bevy of questions about the viability of an entire season based on nothing but washing hands, wearing masks and hoping.

The Yankees were slated to come to town to play in South Philly for two games starting Monday night. Major League Baseball decided to err on the side of caution:

Here's a snippet from The Athletic, which dove into the issue Sunday:

For one thing, their positive tests had a direct impact on three other teams – the Phillies, the Orioles and even the Yankees, whose scheduled games in Philadelphia on Monday and Tuesday mean they will have to occupy the same clubhouse where the Marlins dressed over the weekend.

Both infectious-disease experts estimated that the chances of a Marlins player infecting a member of the Phillies was low. However, the Phillies were concerned enough Sunday morning that manager Joe Girardi said: “We sent a text out to our players and made sure that they knew what was going on. We’re constantly reminding the guys. I mean, you have to be safe. You can’t really have a lot of contact with other people because you put everybody in danger.”

Among the Phillies who wore a mask on the bases for the first time Sunday was Bryce Harper, who confirmed afterward that the team had recommended it, so he brought out the mask “as an added precaution.”  [The Athletic]

Assuming the best case scenario — which is that the Yankees and Phillies can safely play and no other teams will be directly impacted, is Miami supposed to just call up eight more minor leaguers and hope there is no more exposure? The thought of an entire franchise having to quarantine (which is likely the correct course of action) for 14 days could possibly spell the end of the entire season, not to mention the risk to other people surrounding the outbreak. The team is currently awaiting testing results at their Philadelphia hotel, according to Marlins President Derek Jeter.

The Phillies, too are taking as many precautions as they can, it seems, but will it be enough?

Phillies visiting clubhouse is being fumigated “50 different ways” with Marlins there all weekend as a Yankees prepare to go in there. Phils-Yanks hasn’t been canceled yet but it’s a possibility.

It will be interesting to see exactly what happens next. The NFL is proposing a much more MLB-type model for its season and not an NBA-/NHL-type, so they will be watching what happens closely.