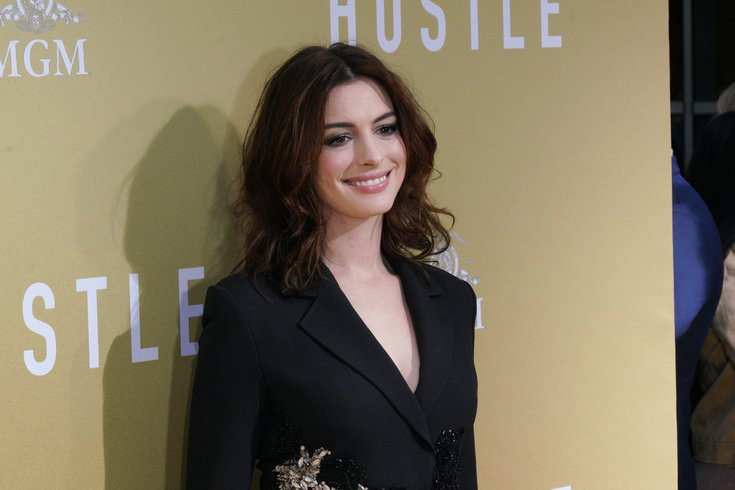 The New Jersey Hall of Fame is inducting 29 new members in 2020, including actress Anne Hathaway, above, and former Giants quarterback Eli Manning.

The nonprofit organization, founded in 2005, honors a new group of New Jersey residents each year. Due to the coronavirus pandemic, the 2020 induction ceremony will be pre-recorded and broadcast Oct. 18, the Hall announced Wednesday.

The Hall of Fame selects infleuntial people based on their contributions in five areas: arts and entertainment, sports, arts and letters, public service, and enterprise. All inductees must have lived in New Jersey for at least five years, with a few exceptions.

The 2020 Class includes 29 inductees who were chosen in part by a public vote.

Gospel singer Cissy Houston, the mother of the late Whitney Houston and aunt of Dionne Warwick, and Fran Lebovitz, an author and public speaker known for her New York City sensibilities, also are being inducted.

Only one of the inductees hails from South Jersey: Haddonfield's Alfred Driscoll, the state's 43rd governor.

The New Jersey Hall of fame has plans to open its official museum at the American Dream Complex in East Rutherford in 2021.

• The Nelson Family, Jersey City, stars of "The Adventures of Ozzie and Harriet"