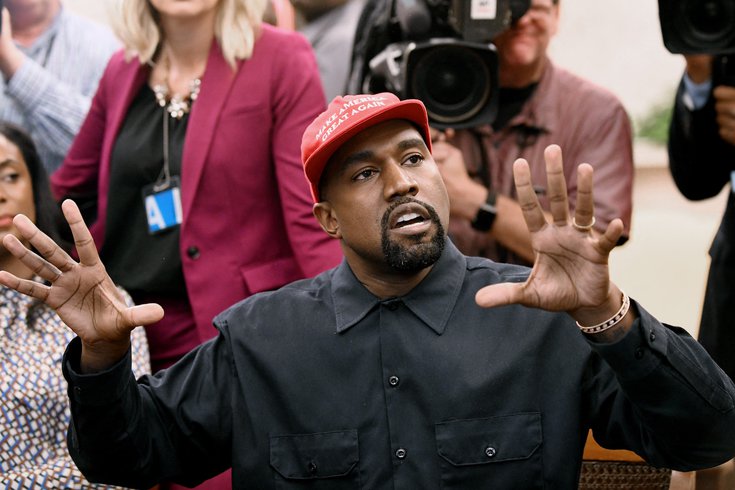 Kanye West is no longer attempting to gain a spot as an independent presidential candidate on the New Jersey ballot.

Kanye West will not appear as a presidential candidate on New Jersey's ballot this November.

An email chain between New Jersey Administrative Law Judge Gail Cookson and the rapper's apparent campaign email address indicates that West is withdrawing his name from the ballot, the Associated Press reported Tuesday.

An email sent by the West campaign late Monday – and obtained by the AP – informed Cookson of his withdrawal.

"At this time, Kanye 2020 has no further option than to regrettably withdraw from New Jersey and cease further efforts to place Mr. West’s name on the New Jersey ballot," the email read.

West submitted more than 1,300 signatures to N.J.'s Division of Elections last week in an effort to appear on the presidential ballot as an independent candidate. Only 800 are required.

Scott Salmon, an election law attorney, challenged his candidacy shortly after West submitted the signatures. Salmon claimed many of the signatures were missing required information and appeared to have been signed by the same person.

Salmon told the AP that he was glad that the Kanye 2020 team realized "that their petition was so deficient it was not worth defending."

West has attempted to secure a spot on ballots in several others states, including Missouri and Oklahoma.

The musician also has come under scrutiny following a campaign speech in which he criticized Harriet Tubman and proposed a $1 million payout to new mothers. His wife, Kim Kardashian, requested empathy, saying he struggles with bipolar disorder.