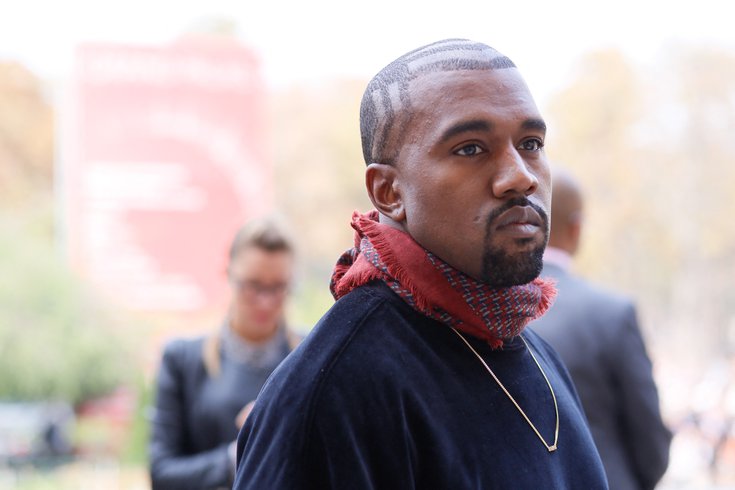 Kanye West, 43, submitted 1,327 signatures to the New Jersey Division of Elections on Monday, surpassing the 800 signatures required to make the state's ballot as an independent presidential candidate.

Kanye West filed petition papers with New Jersey on Monday to secure a spot as a presidential candidate in November.

But his candidacy has quickly drawn a challenge from a Democratic lawyer who unsuccessfully ran for Congress two years ago.

West, 43, submitted 1,327 signatures to the Division of Elections, surpassing the 800 signatures required to make the state's ballot as an independent presidential candidate. The paperwork — which misspelled the rapper's name as "Kayne" — lists his party as "pending." The rapper has vowed to run under "The Birthday Party" after announcing his presidential run on July 4.

Scott Salmon claims many of the signatures West collected are missing required information and appear to be signed by the same person, Politico reported Wednesday. Salmon said the signatures are "egregiously bad, almost to a degree insulting."

The "Gold Digger" rapper, who currently resides in Cody, Wyoming, also submitted petition papers in Missouri on Monday. He successfully secured a slot on the Oklahoma ballot after submitting a $35,000 fee earlier this month.

But West hasn't had the easiest time securing his bid as an independent candidate. The Illinois Board of Elections reportedly plans to investigate the validity of West's petition papers after three separate objections were filed, TMZ reported. West submitted the paperwork to his home state on July 21 after garnering 3,200 signatures. The rapper also missed the petition deadlines for key states Indiana and Texas.

Additionally, few voters plan to vote for the Yeezy designer, according to a Redfield and Wilton Strategies poll published on July 9. West polled at only 2% among voters. The rapper managed to pull 1% of the vote from President Donald Trump.

West has faced backlash since announcing his presidential run. During his first rally in South Carolina, the rapper ranted against Harriet Tubman. In recent weeks, West, who has bipolar disorder, also posted a series of troubling tweets regarding his marriage to Kim Kardashian West and claimed Kardashian had attempted to place him on a psychiatric hold.