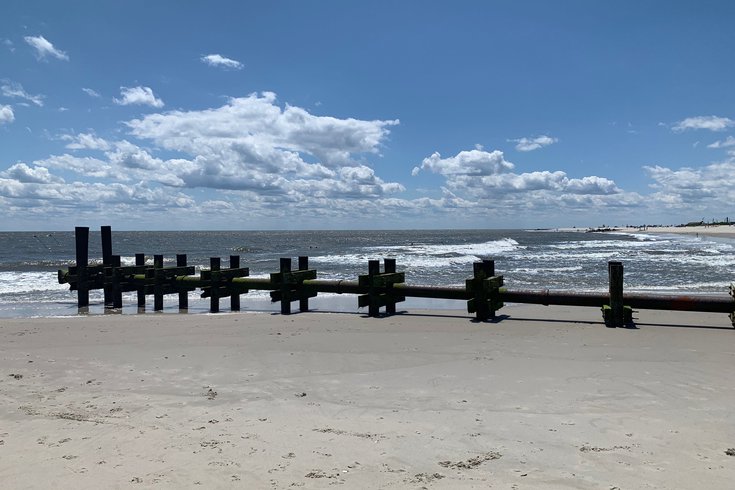 Cape May beachgoers were unexpectedly joined by a swarm of bees at the popular Jersey Shore destination on Tuesday.

Beachgoers occasionally come across some rare sights at the Jersey Shore.

Whether it's the carcass of a prehistoric fish washing ashore, or a bottle containing a note from England, the beach always offers visitors the possibility of finding something interesting.

But swarms of bees are not typically found near the ocean and the sight of one would be an alarming to anyone.

That's exactly what happened Tuesday afternoon, when a swarm of bees approached Mialy Shrady-Wolf at Steger Beach in Cape May. She described the harrowing experience in a Facebook post.

Shrady-Wolf was sitting in her beach chair when a "black cloud of bees" swarmed, she wrote. The bees attached themselves to her beach towel, which was draped across the top of her chair.

Led by a queen bee, the swarm had ventured onto the beach in search of a new hive. Beachgoers called a beekeeper to address the situation.

The beekeeper, identified as Allen Brown on the Cape May Live Facebook page, contained the bees and transported them to a new home. No one was stung during the bee swarm, Shrady-Wolf said. The Cape May Beach Patrol assisted with the matter.

Shrady-Wolf posted photos of the bees swarming her beach chair and towel in the Love Cape May Facebook group. She also posted a video of the beekeeper taking care of the swarm.

Other videos showed the bees initially swarming the beach. They went after one man’s umbrella, prompting him to get up from his chair and walk away.