A highly scientific, and definitive, look at resorts along the Atlantic Ocean in the Garden State (served with Rum Ham!) 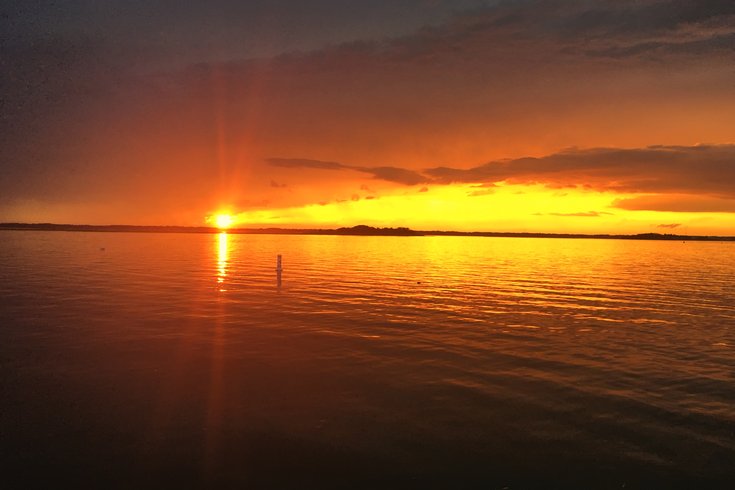 The sun sets in spectacular fashion off Wildwood Crest on Friday, July 1, 2016.

Today’s the day many of you celebrate America’s independence by fleeing the city where said independence was declared for shore communities featuring lines longer than those for Mr. Toad’s Wild Ride on class-trip day at Disney World, and burns redder than Ayers Rock.

But that’s the beauty of America: You can do that if you want (and, luckily, not pay 23 more cents for a gallon of gas en route – yet). And this is an associated beauty of America: the Definitive Shore Town Power Rankings (DSTPR) abacus can judge accordingly.

This holiday weekend version saw both sharks and celebrities come into play, thus having a major impact throughout.

16. Long Beach Island (-12) Happy 100th Anniversary Weekend of the Sharks Taking a 4-0 Lead Versus Humans off the Jersey Shore! The first attack took place off LBI. RIP Charles Vansant. RIP early-life-bravery-to-enter-the-ocean for quadrillions because of what those attacks ultimately inspired:

14. Longport (even) and Margate (-9) The Schreiber family, friends and teens left Seaview Marina in Longport to go shark fishing. When they got three miles off the coast of Margate, they came face-to-face with a shark. Some sharks are really scary, and they don't even taste good. They can kill you. Stay away from sharks, people.

12. Cape May Point (+1) No stories about sharks, or outlier listicles, brought about this modest gain.

10. Stone Harbor (+1) Didn't see any more huge underage-drinking bashes reflected in the news of the past week. Guess that's reason enough to move up the list. ¯\_(ツ)_/¯

8. Strathmere (-6) As you’ll see below, this drop is less a result of anything Strathmere did, and more the function of history, one place catching up with its BBQ rules, and famous people’s preferences.

7. Ventnor (+8) “The City of Ventnor is pleased to announce that on the following 2016 holiday weekends, open bar-b-queuing is allowed without obtaining any permits from 10 am -6 pm,” reads the Absecon Island resort’s website, then listing the Fourth of July and Labor Day Weekends. “NO OPEN FIRE PITS ARE ALLOWED, only grills.” This is stellar. This warrants Ventnor’s upward trajectory. Yas. Slay.

6. Cape May (+4) As this weekend is all about celebrating everything the Founding Fathers accomplished in declaring independence from those Brexit people, it’s only fitting that the shore town which doubles as a National Historic Landmark City is recognized accordingly. 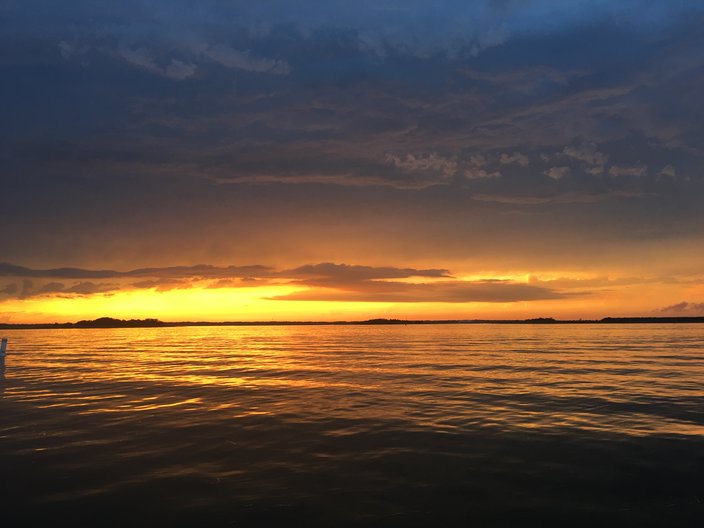 5. Wildwood Crest (even) An old pal of the DSTPR – who’s one-time shore house was blindly mentioned in a previous rankings collection – emailed this week to mention how his Argentine neighbors in the shore were crestfallen with Argentina’s loss in the Copa America finals. I was, too. He also sent the fancy sunset photo you see atop this post. If not for what you’re about to read in the No. 1 explainer, and the aforementioned other-rankings aversion, Crest would’ve moved even higher.

1. North Wildwood (+16), Avalon (+2), Sea Isle (even), Atlantic City (+8) “Interesting that you should ask that,” said Rob McElhenney when asked for input regarding PhillyVoice’s Definitive Shore Town Rankings on the “It’s Always Sunny In Philadelphia” set Friday. “[My wife Kaitlin Olson and I] are going to the Jersey Shore tomorrow. We’re bringing [our two sons] down there; they’ve never been. Really looking forward to it. We’re just going to jump around. I have a lot of family in North Wildwood, so we’ll go there. Have a lot of friends in Avalon and Sea Isle, so we’re going to go there, too. We’ll hit up the entire coast. We’re going to Atlantic City. We’re going to hit everything.” And that is how The Gang Pushed Traditionally Rankings-Troubled North Wildwood To The Top.

In closing, a few scenes from the quintessential shore-based IASIP episode, "The Gang Goes To The Jersey Shore." There are profanities and sexual situations therein, but hopefully you're not at the office today, thus rendering the NSFW warning a mere formality: