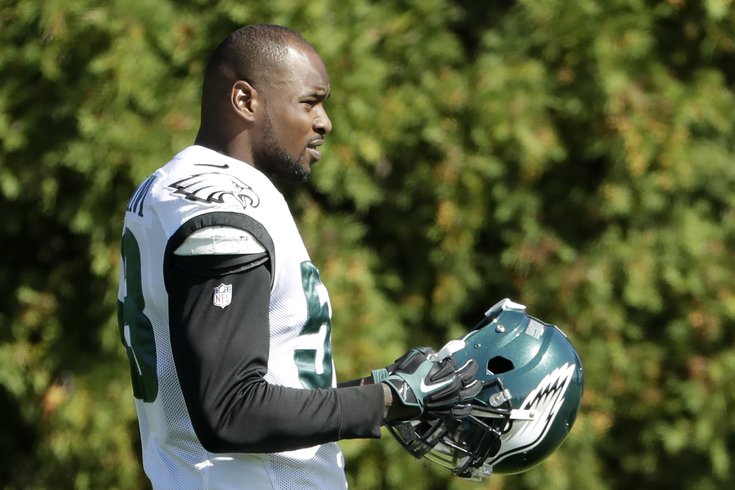 Nigel Bradham allegedly assaulted a cabana guy over an umbrella, and forgot he had a loaded gun in his carry-on bag at the airport.

In a span of 69 days, Eagles linebacker Nigel Bradham was arrested for felony assault after he allegedly attacked a cabana boy in a dispute over an umbrella, and was arrested for forgetting that he had a loaded gun in his carry-on bag at the airport.

Eagles defensive coordinator Jim Schwartz helped bring Bradham to Philly this offseason, and he was asked if he felt as though he bore some of the responsibility for Bradham's actions. Schwartz's reply was brutally honest.

"The worst thing I've ever forgotten at the airport I think has been a razor or a belt or something like that," said Schwartz. "I'm the guy in line that in a person five people ahead has a bottle of water in their luggage, I'm throwing my hands up like 'Seriously? Do you ever travel? Do you not know that you can't take water in?' This takes it to a different level.

"I think the most disappointing thing for me is it takes away from the Nigel that we see every day – a good teammate, a hard worker, a trustworthy player on the field. But, hey, facts are facts. If you do dumbass things, pretty soon you're going to be labeled a dumbass.

On the season, Bradham has 10 tackles, one INT, one tackle for loss, and one pass breakup. He has has been good both in run support and in coverage, while earning more playing time than Eagles mainstay Mychal Kendricks. But clearly, Bradham's off-field actions have drastically overshadowed his play on the field.