Joe Douglas discusses what he values in players 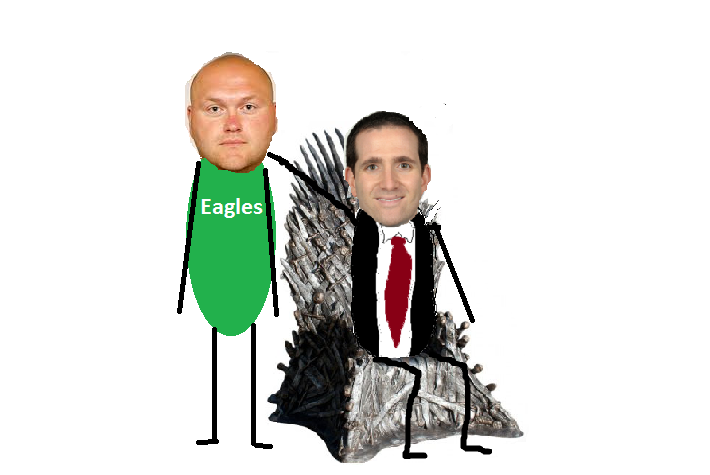 Eagles vice president of player personnel Joe Douglas spoke with reporters for the first time with Philly media down in Mobile, Alabama last week, and he talked about the types of players he values, both generally speaking, and specifically at each position.

There's nothing particularly earth-shattering here, but perhaps worth quickly noting.

Douglas was asked if there was a certain type of player the Ravens' organization looked for in Baltimore:

"Everybody is looking for mentally tough, smart, physically tough guys."

This is certainly a better approach than looking for mentally soft morons.

On if there were prototypes that they looked for at each individual position:

"I think there's baseline levels of talent, height-weight-speed for every position. I think the most important job our scouts have is to go deeper. Get to know the player, the person as best as you can, the way he competes on a consistent basis, how he fits in with the team, if he's a leader, all the things you don't see on tape."

On some tricks of the trade to figuring out if a player is the type of desirable person noted above:

So journalists and scouts aren't all that different, I guess.

On what he values in offensive linemen:

"The offensive line can be a tough position to evaluate because a lot of people get stuck on the height, the weight, the speed, and arm length. There's a lot that goes into the offensive and defensive lines that are intangible-based. Intelligence, mental-physical toughness, consistent competitiveness."

On what he and Jim Schwartz are looking for in a cornerback:

"Corner is a position, next to quarterback, that's probably the toughest position in all of sports to play. It takes an elite level athlete. They're the best athletes in the world. It takes a high level of confidence. Those guys have to be able to shrug off negative plays and be able to bounce back and pretend it didn't happen. Me and Jim have had a lot of conversations about not only the corner position, but every position."

While it's been pointed out endlessly here that Schwartz prefers corners who are confident and competitive, it is interesting that the first thing Douglas noted was elite athleticism.

On what type of receiver he prefers:

"There's a lot of great receivers. Everyone has a different style, whether it's a guy with all the tools, like Julio Jones or Calvin Johnson, to a rough and rugged guy that's just going to impose his will on guys like Hines Ward or Anquan Boldin. There's a lot of different ways to skin a cat in regard to that position."

Douglas was much less specific here, obviously. If they can do nothing more than catch the football, it'll be an upgrade.