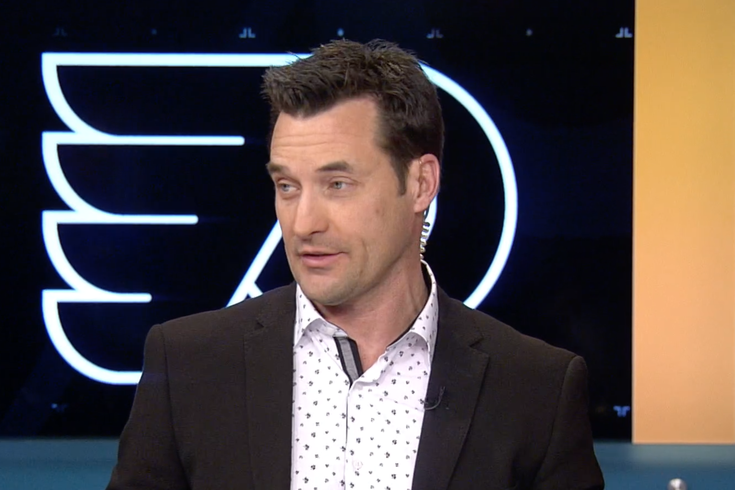 John Boruk is out at NBC Sports Philadelphia after 13 years with the company.

Flyers reporter and television personality John Boruk announced Friday afternoon his time with NBC Sports Philadelphia is up after 13 years with the company.

Boruk thanked the company, which was still known as Comcast SportsNet Philadelphia when he was hired, and his followers via Twitter on Friday:

Thanks to @NBCSPhilly for 13 years... pic.twitter.com/QCbWBTj8iz

The timing isn’t terribly surprising, even if the move is: The Flyers just recently finished their regular season, failing to qualify for the playoffs for the third time in the last five years.

Boruk didn’t say whether he has a new position lined up.

A number of his colleagues and followers were sad to hear the news:

All the best, John.

John, I didn't always agree with you... and at times I wondered how the hell you got hired... but overall, you were pretty damn good and you'll be missed 😁

sorry to hear that, John. Hoping you land on your feet.

It’s been a busy last year-plus for NBC Sports Philadelphia, as the network has hemorrhaged some of its biggest on-air names while adding new talent and, most recently, upgrading its studios.

MORE NEWS: Brian Dawkins crafts Wawa hoagie ... but it's only for sale in Florida?

On the flip side, the network is adding a betting-focused series through its NBC Sports Philadelphia+ service, and bringing Jimmy Rollins into the fold for select Phillies games this year.